AURORA CANNABIS IN COM NPV (OTCMKTS:ACBFF) is a company we like, as we have made abundantly clear over the past year. ACBFF makes big money doing solid business, and even shows signs of planning for a rainy day through diversifying revenue streams. That trend continued this week with the company’s most recent move, solidifying its place in the home-grown market.

To that end, the company just announced the completion of its acquisition of 100% of both BC Northern Lights Enterprises Ltd. and Urban Cultivator Inc. According to the company’s release, these are “leading companies, respectively, in the production and sale of proprietary systems for the safe, efficient and high-yield indoor cultivation of cannabis, and in state-of-the-art indoor gardening appliances for the cultivation of organic microgreens, vegetables and herbs in home kitchens.”

According to company’s materials, “Aurora’s wholly-owned subsidiary, Aurora Cannabis Enterprises Inc., is a licensed producer of medical cannabis pursuant to Health Canada’s Access to Cannabis for Medical Purposes Regulations (“ACMPR”). The Company operates a 55,200 square foot, state-of-the-art production facility in Mountain View County, Alberta, is currently constructing a second 800,000 square foot production facility, known as “Aurora Sky”, at the Edmonton International Airport, and has acquired, and is undertaking completion of a third 40,000 square foot production facility in Pointe-Claire, Quebec, on Montreal’s West Island. In addition, the Company holds approximately 9.6% of the issued shares (12.9% on a fully-diluted basis) in leading extraction technology company Radient Technologies Inc., based in Edmonton, and is in the process of completing an investment in Edmonton-based Hempco Food and Fiber for an ownership stake of up to 50.1%. Furthermore, Aurora is the cornerstone investor with a 19.9% stake in Cann Group Limited, the first Australian company licensed to conduct research on and cultivate medical cannabis. Aurora also owns Pedanios, a leading wholesale importer, exporter, and distributor of medical cannabis in the European Union (“EU”), based in Germany.”

As discussed above, the company just announced the completion of its acquisition of a couple of new assets tied to the home-grown market.

Neil Belot, Chief Global Business Development Officer said, “These transactions are an important step in Aurora’s strategy to serve the home gardening market in Canada for patients who choose to grow their own medical cannabis, and ultimately for adult consumers who choose to grow their own after Canada’s federal government legalizes adult usage, which is anticipated by July 2018. For over a decade, BC Northern Lights products have been widely recognized as the gold standard for home cannabis production, and we look forward to integrating our offerings to deliver a truly unique and full-service customer experience.”

The chart shows 13% tacked on to share pricing for the stock in the past month. This is emblematic of the stock. ACBFF is a stock whose past is littered with sudden rips. Furthermore, the listing has benefitted from a jump in recent trading volume to the tune of 32% over the long run average.

Currently trading at a market capitalization of $845.5M, ACBFF has a significant war chest ($159.8M) of cash on the books, which compares with virtually no total current liabilities. ACBFF is pulling in trailing 12-month revenues of $13.4M. In addition, the company is seeing major top-line growth, with y/y quarterly revenues growing at 2260.7%. This may be a very interesting story and we will look forward to updating it again soon. Sign-up for continuing coverage on shares of $ACBFF stock, as well as other hot stock picks, get our free newsletter today and get our next breakout pick!

Disclosure: We hold no position in $ACBFF, either long or short, and we have not been compensated for this article. 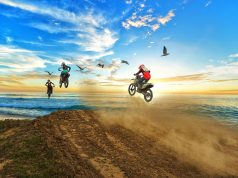 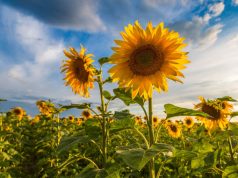 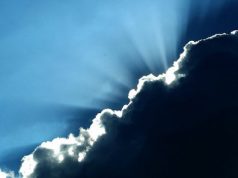 Why KushCo Holdings Inc (OTCMKTS:KSHB) Continues to Search for the Next Leg Higher