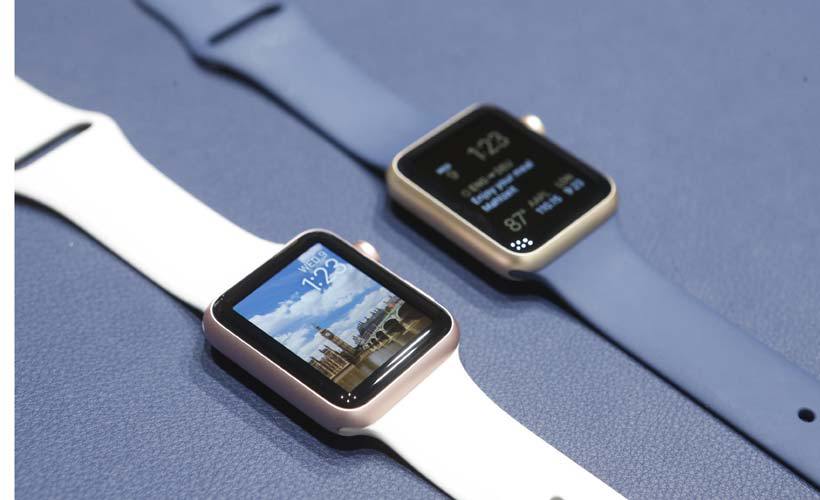 Nowadays there are plenty of options for investors when it comes to making investments in the cryptocurrency and...
Read more
Wall Street Daily

Investors are always on the lookout for stocks which managed to record handsome gains over a short of period of time and...
Read more

Apple Inc (NASDAQ:AAPL) recently introduced an edition of Apple Watch bands especially for the summer Olympics going to held in Brazil. Apple Watch represent the flags of 14 nations which are going to participate with different colourful bands.

Apple Inc (AAPL) Watch bands will be available for USA, Great Britain, The Netherlands, South Africa, New Zealand, Mexico, Japan, Jamaica, Canada, China, Brazil, Australia, Germany, and France. But for Apple fans there is a bad news in a way that the new edition Apple watch will only be available for sale in Brazil.

Company used different kind of materials for watches. Moreover, Apple is offering a large range of bands for its Apple watches.

Initially the bands are reported to cost $49 (£37) but there are many chances that the price will be substantially higher as Apple admirers and gatherers hurry to try and get these limited-edition items.

When we look at the overall market of smart watch, Apple Inc (NASDAQ:AAPL) has managed to keep the position of market leader. According to the research firm International Data Corporation (IDC), in second quarter of 2016, smartwatch sales has dropped 32 percent.

IDC analysts stated that consumers are expecting new devices to be launched and holding off buying for new smartwatches. According to IDC, Apple Watch is still the similar device that was introduced in 2015.

Jitesh Ubrani, senior research analyst for IDC Mobile Device Trackers, said “Consumers have held off on smartwatch purchases since early 2016 in anticipation of a hardware refresh, and improvements in WatchOS are not expected until later this year, effectively stalling existing Apple Inc (NASDAQ:AAPL) Watch sales.”