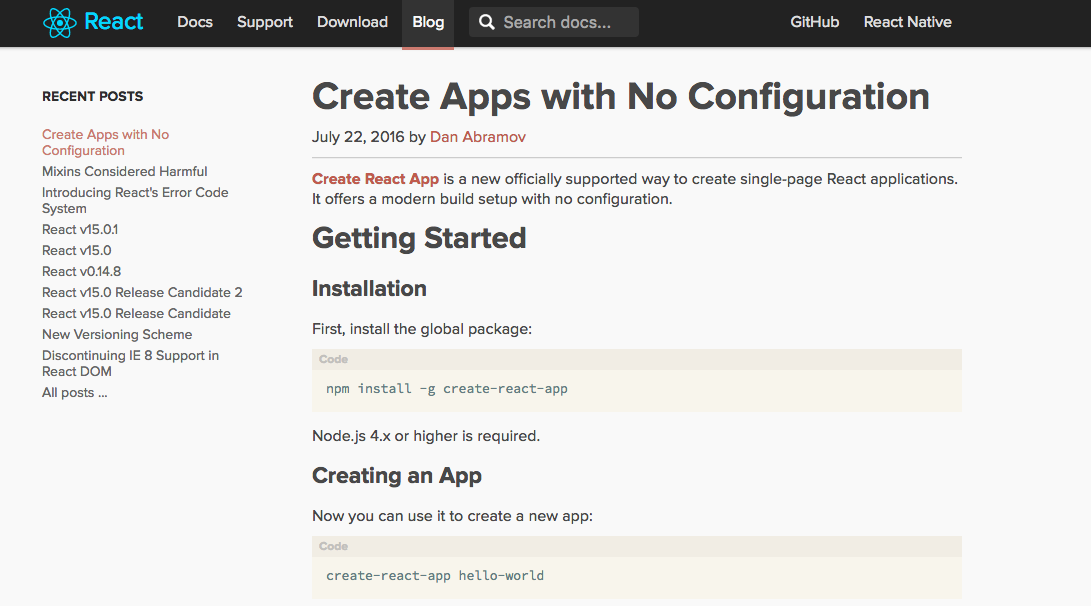 There have hardly been many bigger stories in the year than the roaring comeback made by Bitcoin. That has come as a...
Read more
Sector News

There were many stocks that recorded gains on Monday, but there were very few stocks that could match the gains made by...
Read more
Wall Street Daily

Investors who are looking for fast-moving stocks have had have made options in recent days. One stock that certainly stands out is...
Read more

Facebook Inc (NASDAQ:FB) has recently launched a new open source project in JavaScript named as “Create React App” which will eliminate all the trouble in app making. This tool is really helpful for the app making process especially for those who interested in JavaScript writing. This is a great open source and fascinating project for beginners and experts.

On the other hand, the new app making process also has some difficulties. At the event of hackathon, Company introduced this new open source project. With the help of this, programmers by using JavaScript can design many different apps. Moreover, for all the developers, the tech gaint has 50 different kinds of open source projects.

Facebook Inc (NASDAQ:FB) stated in a statement, “We take care of updating Babel, ESLint, and Webpack to stable compatible versions so you can update a single dependency to get them all.”

Facebook Inc’s VR Device to be Seen in Korea Soon:

Another exciting news that is rolling out is the release of Facebook’s VR device Oculus in the Korean market soon and it is expected to help in the growth of domestic VR devices. Oculus a US tech firm, owned by Facebook, recently approved the National Radio Research Agency’s radio signal certifications.

Capability of electronic products is verified through radio signal certification usually three to four weeks before the release of the products.