Olympics date is getting closer, and the people who are keen to watch different sporting events while sitting on the couch have something interesting to look up to. Alphabet Inc. (NASDAQ:GOOGL) with Youtube.com are launching a new feature to help people follow the 2016 Summer Olympic Games, which are set to begin in Rio de Janeiro, Brazil.

Alphabet Inc unveiled the new features in a blog post published on Monday. According to that users will now be able to find information on the Olympics in search easier than before, includes info on individual athletes, sports, medals and a by-country schedule in results. The mobile version also offers auto updates on the things users are looking for, and can sign up for automatic alerts through the Google app for Android and iOS.

People can also watch event highlights from select broadcasters in more than 60 countries on YouTube, along with mobile live streams from 15 YouTube Creators who have been chosen to cover the games. That list comprise America Movil and NHK, who will be offering up content through Google search, as well. And, of course, there will be some Rio-centric highlights, courtesy of Google Maps.

Google Street View now features highlights and landmarks across Rio as well, plus both tourist destinations and Olympic venues.

Google has regularly been announcing features and services designed for the major events. Last week, the company came out with new search tools to aid people register to vote in the 2016 US presidential election.

Another report says Google is set to overhaul the home screen in little but interesting ways for its next set of Nexus phones.

As per report early version of the software that’ll come out with Alphabet Inc (NASDAQ:GOOG)’s Google next phones, will change the app drawer, the Now pane, and the Search widget. The app drawer will no longer be opened up by the touch of a button and user will now be able to drag up from anywhere in the app dock to open the drawer and see your other apps. 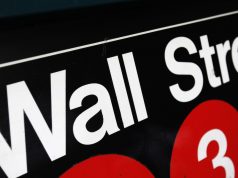