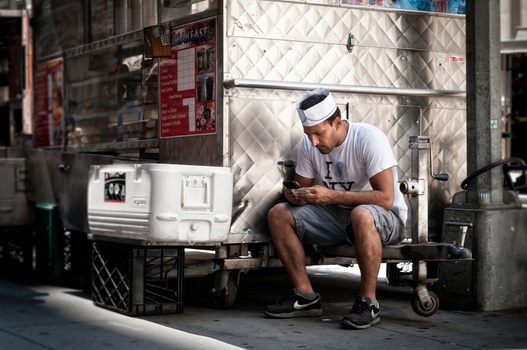 Houghton Mifflin Harcourt Company (HMHC) shares are trading at lower $2.79 and the avg recommendation for the stock is Moderate Buy, while the current...
Read more
Wall Street Daily

STORE Capital Corporation (STOR) shares are trading at lower $27.01 and the avg recommendation for the stock is Moderate Buy, while the current analyst...
Read more
Wall Street Daily

Molson Coors Beverage Company (TAP) shares are trading at lower $34.88 and the avg recommendation for the stock is Moderate Buy, while the current...
Read more
Wall Street Daily

Gores Metropoulos Inc. (GMHI) shares are trading at lower $10.14. To add more color to this target, the company’s high over the last year...
Read more

SPYR, Inc. (OTCMKTS: SPYR) is looking to ride the mobile momentum wave. Shares SPYR which have traded in a range of $0.12-$0.67 over the past 52 weeks, could be headed higher based on new excitement over the company’s new mobile gaming prospects. After trading as low as $0.12 earlier in the year, shares now have stabilized around $0.40, giving the company a market capitalization of $62.73 million.

In August, SPYR attended three major games conferences in Germany to showcase its most recently published mobile game, Pocket Starships, as well as its new real-time mobile gaming platform. The real question, of course, is whether SPYR can create a true breakout hit for mobile devices that can drive revenue.

SPYR, Inc. (OTCMKTS: SPYR) investors appear to be cautious about the company’s overall business model. That’s because SPYR is essentially a diversified holding company that operates two very different businesses – a mobile app and development business and a restaurant and hospitality business.

The first of these businesses consists of a wholly-owned subsidiary known as SPYR APPS, LLC. This company specializes in mobile app and game development and is clearly the side of the business that traders are interested in. The other business is a diner-themed restaurant – Eat at Joe’s – that operates at Philadelphia International Airport.

To increase the profile of SPYR APPS and build a new marketing push around the company’s mobile games, the company continues to look for thought leaders to join an advisory board of mobile game industry experts. In November 2015, SPYR added Reinout Te Brake, the CEO of Get Social and a veteran of the gaming industry. Earlier, the company added Juhana Kotilainen, a former marketing expert with Rovio Entertainment, to its board of advisors. And on Sept. 15, the company added Johannes Rolf to the SPYR team as the new VP of marketing. He will be working with the product development team out of an office in Berlin, Germany to launch a big marketing campaign for Pocket Starships.

In addition, SPYR is currently looking for new acquisition targets in adjacent industries, including digital media and publishing. The plan appears to be to acquire a wholly-owned subsidiary that can further diversify the holding company’s earnings and revenues.

The task ahead at SPYR is to convince investors that it has a path forward to profitability built on strong fundamentals. For now, the concern is over the company’s low revenue and high cash burn rate. For the quarterly results released in August, the company reported overall revenues of $374,343, of which only $29,600 were related to mobile gaming. (The remainder came from the restaurant business)

So is the glass half-full or half-empty at SPYR? Certainly, there’s a group of investors who feel that the company is capable of expanding its mobile gaming and publishing profits. On Sept. 9, shares of SPYR closed at $0.61 on trading volume of nearly a quarter of a million shares. That represents more than a doubling of the company’s share since mid-August, when SPYR traded at close to $0.25 a share.

The key catalyst for future growth could be the success of the Pocket Starships game, which is a massively multiplayer online game for mobile gamers. With a new content update for the game and a brand-new marketing campaign for the worldwide launch of Pocket Starships, SPYR is hoping to capture the same type of buzz that surrounds the most popular mobile games. Moreover, Pocket Starships can be played across a number of different platforms, including iOS, Android, Amazon and Facebook. That automatically increases the number of players who can download the game and potentially make in-app purchases.

The other big game in the company’s portfolio is Drone Wars, which is a free-to-play action combat game. The game is being published as part of a content publishing deal with Kemojo Studios and is being positioned as the successor to Drone Strike, which has over 10 million players.

The significant marketing and advertising expenses related to the launch of these games might be the reason why the profitability of the mobile gaming and publishing division is under so pressure. The answer could be increased advertising revenues, in-app purchases within the mobile games themselves or revenues from the rapidly growing eSports arena.

Ultimately, the company’s prospects for the next 12 months might hinge on the prospects for Pocket Starships. For the past three months, SPYR has released press release after press release, detailing the steps that the company is taking to make Pocket Starships a success. For now, SPYR is hoping that “inspiration clicks” with investors, who buy into the whole mobile gaming success story. Get the inside scoop on SPYR, sign up for our newsletter here:

Embraer S.A. (ERJ) shares are trading at lower $4.85 and the avg recommendation for the stock is Hold, while the current analyst price target...
Read more
Sector News

GoodRx Holdings Inc. (NASDAQ:GDRX) on the Path to Ruin

GoodRx Holdings Inc. (GDRX) shares are trading at lower $49.60. To add more color to this target, the company’s high over the last year...
Read more
Opinion

Is Now the Time to Invest in Atara Biotherapeutics Inc. (NASDAQ:ATRA)?

Atara Biotherapeutics Inc. (ATRA) shares are trading at lower $14.34 and the avg recommendation for the stock is Moderate Buy. To add more color...
Read more
Investing

NextEra Energy Inc. (NYSE:NEE) Stock is Plummeting, Here is Why

NextEra Energy Inc. (NEE) shares are trading at lower $302.65 and the avg recommendation for the stock is Moderate Buy, while the current analyst...
Read more
Wall Street Daily

Inpixon (INPX) shares are trading at lower $1.03. To add more color to this target, the company’s high over the last year is $29.25...
Read more
ORACLEDISPATCH