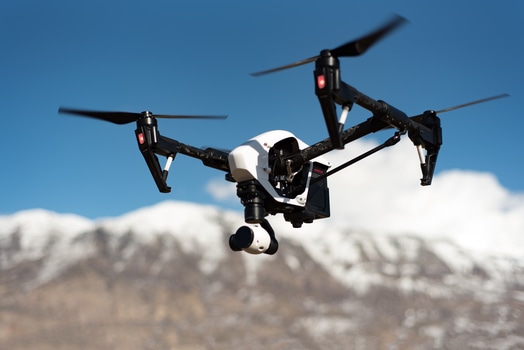 GoPro (NASDAQ: GPRO) has taken shareholders on quite a ride the last few years. Now brave GoPro investors are just hoping for an action-packed holiday bounce to save a disappointing 2016. Shares of GoPro, Inc. (NASDAQ: GPRO), which saw a brief uptick in price on Sept. 19 after the official release of two new important products – the GoPro Karma drone and the GoPro Hero 5 – could see a big bounce ahead of the upcoming holiday buying season. Shares of the company are currently trading in the $10-$15 range, giving the company a market capitalization of just over $2 billion.

Just a year ago, in August 2015, shares of the company were trading in the $60 range. For the past 12 months, though, investors have been abandoning the company, concerned that lower-priced competitors were taking market share away and that GoPro was struggling to release innovative new products. In January 2016, shares fell to $10.57, and GoPro’s stock has struggled to make it out of the $10-$15 trading range for the past nine months.

GoPro (NASDAQ: GPRO) glaring problem is that last year’s product releases were basically a bust. After the launch of the acclaimed GoPro 4 in late 2014, the company hoped to have a similar hit on its hands with the release of the Hero 4 Session, which was aimed at the high-end of the action camera marketplace. However, the initial selling price of $400 for the Hero 4 Session found few buyers, and GoPro was forced to discount it all the way down to $200, cannibalizing the sales of its lower-end products.

That disastrous product launch meant that the company burned through its cash position, which is down from $422 million at the end of 2014 to a current level of $280 million. The good news, though, is that the company has zero debt, so all eyes are now on the launch of the new Karma and Hero 5.

Tech analysts offered mixed reviews of the two new products – the Karma and the Hero 5 – when they were released, with some saying that they don’t represent a huge breakthrough in capabilities that already exist in competitor products. The one big selling point of the new Karma drone is that it folds up and fits into a backpack, making it easy to transport to extreme conditions, such as the side of a mountain. The Hero 5 is waterproof and can be voice activated in 7 different languages, but doesn’t offer a huge upgrade from the Hero 4.

Traders, though, could be banking on the remarkable brand equity of GoPro, which single-handedly invented the action camera segment nearly 15 years ago. What GoPro appears to be doing now is creating a user ecosystem around its products – including the launch of a new cloud-based subscription offering – GoPro Plus – that will make it easier to edit and retrieve video content. Moreover, GoPro may bundle the Hero 5 and Karma together for holiday shoppers, giving consumers an opportunity to buy both products at a steep mark down.

Find out when GPRO reaches critical levels. Subscribe to OracleDispatch.com Right Now by entering your Email in the box below

Shares of GoPro could represent a fantastic buying opportunity for traders. On Sept. 16, just ahead of the product launch, shares ended the day at $15.51. After briefly touching a high of $16.35 on Sept. 19, shares appear to be headed back to the $14 range. On the same day as the product launch, though, Merrill Lynch set a price target of $19 for the stock, which would represent a potential upside of 35%. So there are two very different views of the company’s future prospects.

Ultimately, the future direction of the company’s stock will reflect how investors think GoPro’s newest products – the action camera and the quadcopter drone – will fare in the market. The next big test will come Oct. 27, when the company will release its Q3 2016 earnings. Investors will be taking a close look to see whether the California-based tech darling has learned the lessons from its lackluster 2015 market performance and has a plan to take on its lower-priced competitors. For more analysis on GPRO, sign up for the Oracle Dispatch subscription newsletter below.