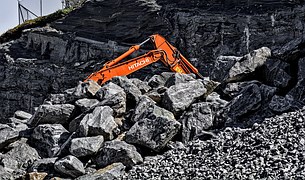 It is often seen that any plans of uplisting a stock to a larger stock exchange lead to a significant boost to...
Read more
Sector News

There were many stocks that recorded gains on Monday, but there were very few stocks that could match the gains made by...
Read more
Opinion

Optec International Inc (OTCMKTS:OPTI) has been in focus at different points this year among investors, and it is back in focus this...
Read more

FIRST MNG FIN CORP COM NPV (OTCMKTS:FFMGF) is a penny stock in the metals and materials space that really popped onto the collective radar screen back in April when it acquired a junior mining exploration company with six properties in the prolific Abitibi Greenstone Belt in Canada. This came right in the middle of 6-month period during which the junior gold mining ETF (GDXJ) more than tripled.

As always, it pays off big-time to expand operations significantly during a growth boom in your market space, especially if you don’t have to cripple your balance sheet in the process. FFMGF is a good example of that principle so far in 2016.

FIRST MNG FIN CORP COM NPV (OTCMKTS:FFMGF) frames itself as a company that engages in the acquisition, exploration, evaluation, and development of mineral properties. It primarily explores for gold, silver, lead, zinc, and copper deposits. The Company currently holds a portfolio of 28 mineral assets in Canada, Mexico and the United States with a focus on gold.

Its flagship property is the Springpole Gold project covering 32,375 hectares located in northwestern Ontario, Canada. The company is headquartered in Vancouver, Canada.

FFMGF is a mineral property holding company whose principal business activity is to acquire high quality mineral assets with a focus in the Americas.

Ultimately, the goal is to continue to increase its portfolio of mineral assets through acquisitions that are expected to be comprised of gold, silver, copper, lead, zinc and nickel.

Find out when FFMGF reaches critical levels. Subscribe to OracleDispatch.com now by entering your Email in the box below

There’s no secret to this one: FFMGF is going to follow the action in the metals. We even saw this principle in action during the last week of June when the precious metals, the Japanese Yen, and long dated US T-Bond futures were all the rage following the UK’s surprising Brexit vote in late June. That was the economic fear trade. And it worked just fine for FFMGF.

However, over the larger time frame, this stock is loaded with assets that will do much better in an inflationary environment, rather than a deflationary shock (such as that implied by the worst-case fears associated with the Brexit vote).

A cut-off grade of 3.0 g/t Au was used to calculate the Indicated and Inferred resources for this report which was dated June 30, 2016, with an effective date of January 31, 2011 and was prepared by Micon International Limited. The Technical Report has been voluntarily filed in connection with First Mining’s acquisition of the Pitt Gold Property from Brionor Resources Inc. with no changes to the resources.

Wall Street insiders are taking note of recent progress. At this time, carrying a capital value in the market of $256M, FFMGF has a formidable stash ($1.19M) of cash on the books, in a pool of total assets greater than $86M, which is balanced by an appreciable load ($2.0M) of total accumulated debt. This is a reasonably balanced picture, and debt is not growing. In the end, with any company like FFMGF, there are minor issues they can muck up. But, over any given time frame, the world is either going to pay off a bet on pulling bits of metal out of the ground, or not. This week’s Federal Reserve meeting and announcement will have something to say about that. To get the full story on FFMGF subscribe below to Oracle Dispatch right now.