Strikeforce Technologies Inc (OTCMKTS:SFOR) is a micro-cap name that has grabbed hold of the attention of traders during the stock’s recent sprint for escape from sub-penny ranks. The action has been pushed along by a refreshingly surprising run of success.

For a little perspective, if you scroll back your chart on a professional interface, you see just how far down the rabbit hole this one has been in terms of the spiral of reverse split and convertible issuance (you can even see the vestiges of a bid/ask spread occupying the space between $70,000 and $80,000 per share back in April of 2014 if you know what to look for). That said, for newer participants, we’ve seen 93% tacked on to share pricing for the listing in the past month. Furthermore, the stock has benefited from a jump in recent trading volume to the tune of over 98% above its longer run average levels. And all of that has been fueled along by the best of motors: business growth in a red hot market space.

Strikeforce Technologies Inc (OTCMKTS:SFOR) trumpets itself as a software development and services company in the United States and internationally.

The company owns the right to develop and license various identification protection software products to protect computer networks from unauthorized access, and to protect network owners and users from identity theft. Its cyber security products include ProtectID, an authentication platform to authenticate computer network users by various methods, including traditional passwords combined with a telephone, iPhone, Droid, Blackberry, PDA, or multiple computer secure sessions, biometric identification, and encrypted devices; and GuardedID that prevents the use of spyware/malware to collect user information.

In addition, it provides software and hardware that are contractually licensed from other vendors, which include VASCO tokens, as well as additional authentication and telecommunication software devices.

We noted above that this stock has been up and down and all around Mount Dilution. That said, recent action has been a ray of sunshine. We saw a new partnership with Target in June. And we got a new release of tech in August.

Now commanding a market cap of $18M, SFOR has a decent store ($1.67M) of cash on the books, which is balanced by a $5.7 mln mountain of total accumulated debt. With a float of 2.28 Bln shares, this stock probably isn’t going much further, even if they keep growing, especially since we see a mountain of forgiven salaries buried in the 10-Q and noted, as well as statements like this: “The Company has not made various principal and interest payments on many of its debt obligations. It continues to seek work-out arrangements and applicable refinancing with new or revised debt or equity instruments.” That said, what we have seen over the past 2-3 months has still been “good business” and it’s coming in a growing space. Perhaps we’ll see this story continue to build into something even more surprising. Who knows. Catch our next update! To get the full story on SFOR subscribe below to Oracle Dispatch right now. 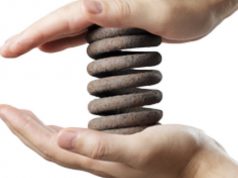 Ibio Inc (NYSEAMERICAN:IBIO) Stock Consolidates After The Recent Rally: What to do Now? 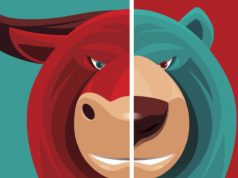