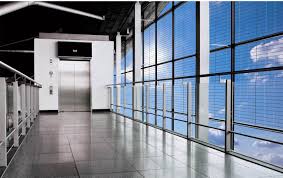 Solarwindow Technologies Inc (OTCMKTS:WNDW) is an OTC name that has started to garner a ton of attention as the stock bounces up the price ladder after planting a deep, emotional pivot low on this chart in reaction to the Company’s 10Q in July. From that point, the stock has been all over the map between $2 and $4. But one thing is certain: This is one of the most interesting speculative concept plays around.

It’s like one of those conversations you might have with a buddy at a bar: “Dude, they should make windows out of solar panels!”. We have over 430 million square feet of windows installed in the US alone. Imagine how much sunlight energy bounces off that square footage every day. With a hook like that, and less than 14 mln shares on the float, you can imagine how easy it might be to fall in love with this stock if the details all added up. So, let’s take a look at that, shall we.

It also engages in developing SolarWindow Flex, a flexible film that can be applied directly onto glass for retrofit to existing commercial towers, buildings, and residential homes; SolarWindow BIPV, components associated with BIPV applications in homes, buildings, and office towers; and SolarWindow Retrofit Veneer, a transparent, tinted, and flexible veneers that installers can apply directly over top of existing windows on tall towers and skyscrapers.

Find out when WNDW reaches critical levels. Subscribe to OracleDispatch.com Right Now by entering your Email in the box below.

The Company just announced that it is going into development for the primary product, and had previously come to the wires with a more concrete demonstration of the technology. WNDW has created  examples and a discussion of the nature of the technological “breakthrough” that enables their impressive elevator pitch.

As far as we could tell from accessible public information and a little digging, the clever bit is basically this: The company is aiming to produce and sell glass and/or a glass-covering film containing a mesh of electron-transporting wires that are half a hair in thickness. Half a hair is too thin to really see, so they call it “invisible” (even though it is clearly visible in the pictures they use to market the design). If you put this film over your windows, they still function as “windows” (ie, are still effectively transparent), and you can theoretically transport electrons from any point on that window to the edges of the window, where there can be wires and a more standard energy processing infrastructure.

It’s an excellent idea. However, “product development programs involve ongoing research and development efforts, and the commitment of significant resources to support the extensive invention, design, engineering, testing, prototyping, and intellectual property initiatives carried-out by its contract engineers, scientists, and consultants. As such, the Company’s activities are subject to significant risks and uncertainties, including failing to secure additional funding to commercialize the Company’s SolarWindow technology before another company develops a similar technology and products.”

In other words, from what we could discern, this is all still relatively far from final R&D work (much less full commercialization), and the patent is too broad and unlikely to be granted any time soon.

We also know from the last 10-Q that “The Company does not have any commercialized products and has not generated any revenue since inception.”

Moreover, the Company likely still needs to raise significant funding from here. And the IP isn’t nailed down.

That’s fine. None of that means it won’t work out. It may be an astounding and revolutionary product. Still, it’s important that our readers are presented with a balanced view of the situation: Basically, they have this great idea. And they even know how cool it might look, and they mostly know how to make it work. But they need a bunch more money so they can actually produce and sell it. And, whatever they actually currently have, it isn’t something that they can just bring into a major private equity firm to show off and walk out with $50 mln in ‘go to market’ money, or we wouldn’t be having this conversation.

In addition, the fact that we are in an environment where wholesale gasoline is trading at under $1.40 per gallon and natural gas is just $3 mbtu creates problems for attracting advantageous funding terms for energy saving projects. People care less when energy is cheap. Check out the correlation between WTI front month continuous contract crude oil and basically any alt-energy play and you’ll see what I mean.

Carrying a capital value in the market of $96.6M, WNDW has a meager $123k in cash against a minor ocean of $34M in total accumulated debt.

That said, as we implied off the bat, WNDW is a story that’s extremely easy to sell. I can’t imagine anyone that wouldn’t want to be a part of the best-case-scenario for this stock. But reality is important to appreciate. At this point, we do not have “execution”. We have a conceptually inspired idea swimming in a lot of debt. That breakthrough moment where everyone gets really excited about this company has not arrived yet. Is that moment just around the corner? To get the full story on WNDW subscribe below to Oracle Dispatch right now.