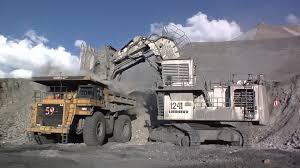 There have hardly been many bigger stories in the year than the roaring comeback made by Bitcoin. That has come as a...
Read more
Uncategorized

Is Sunhydrogen Inc (OTCMKTS:HYSR) Running Out of Fuel?

'Over the course of the past half a decade or so, the hydrogen fuel space has grown at an impressive pace and...
Read more
Sector News

There were many stocks that recorded gains on Monday, but there were very few stocks that could match the gains made by...
Read more

Canarc Resource Corp. (OTCBB:CRCUF) shares have recently been trading in the $0.08-$0.10 range, with the 52-week range for the stock between $0.03 and $0.12. The company’s current stock market capitalization is $22.96 million. The company is well funded with over $10M in cash and is lead by a proven team with the ability to raise capital and advance projects from early stage to production. Canarc has projects with significant proven gold resources

Canarc Resource Corp. (OTCBB:CRCUF) has completed a Phase I exploration program on its Windfall Hills project. But what really has shareholders attention is the excitement is building around the company’s latest mining project, a gold-silver mine in Zacatecas, Mexico known as El Compas.

Initial estimates about El Compas appear to be that the mine could represent an important new source of mining revenue. If the price of gold heats up, that could be an additional factor stabilizing the company’s stock price at a higher level.

The mining site is Mexico’s newest gold mine, and initial mineral analysis of the mine and its deposits suggest that it could be the source of high-grade gold and silver deposits. The company has both permits and financing in place for the property, with production scheduled to start by the end of 2016. The big question becomes: Has CRCUF really hit gold in Mexico?

Find out when CRCUF reaches critical levels. Subscribe to OracleDispatch.com Right Now by entering your Email in the box below.

What are “proven 43-101 gold resources?  Most people outside of Canada probably have no clue. The National Instrument 43-101 is to ensure that misleading, erroneous or fraudulent information relating to mineral properties is not published and promoted to investors on the stock exchanges overseen by the Canadian Securities Authority.

The NI 43-101 was created after the Bre-X scandal to protect investors from unsubstantiated mineral project disclosures.

CRCUF has a planned growth strategy aimed to increase the current the gold silver resource base and acquire advanced producing or near term producing assets with upside potential.

What makes this all possible is is Canada’s vast supply of mineral resources:

Canarc’s enterprise value is currently US $5 per oz, one of the lowest of 40 gold resource companies recently surveyed by Canaccord.  So now CRCUF must capitalize on its core assets including; the fully permitted high grade, underground El Compas gold-silver mine in Zacatecas, Mexico and the high grade 1.15 million oz New Polaris gold mine project in north-western British Columbia, Canada which is now ready for feasibility and development. To get the inside scoop on CRCUF subscribe below to Oracle Dispatch right now.