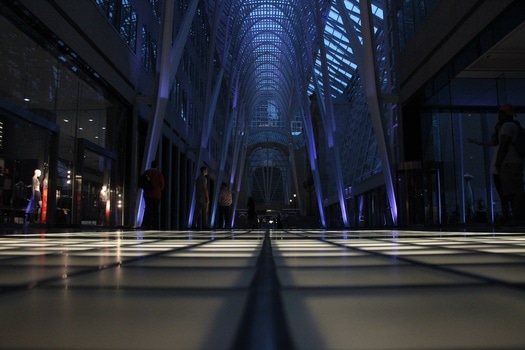 Retail Opportunity Investments Corp. (NASDAQ:ROIC) on the Path to Ruin

Retail Opportunity Investments Corp. (ROIC) shares are trading at lower $10.25 and the avg recommendation for the stock is Moderate Buy, while the current...
Read more
Opinion

TTM Technologies Inc. (TTMI) shares are trading at lower $12.12 and the avg recommendation for the stock is Moderate Buy, while the current analyst...
Read more
Opinion

Laboratory Corporation of America Holdings (LH) shares are trading at higher $206.49 and the avg recommendation for the stock is Strong Buy, while the...
Read more

Hybrid Coating Technologies Inc (OTCMKTS:HCTI) is a penny stock that has started to engage some focus among traders and investors as shares explode higher for one-day gains of over 95% on news that the US Government is launching a $90 bln lawsuit against major polyurethane paint producers for an ingredient that is not included in HCTI’s comparable product offering.

However, traders should note that the move comes on the heels of a death spiral decline that has seen shares descend over 99.9% in the past year as debt soars into the millions, cash is nonexistent and revenues come in extremely light. That said, the lawsuit presents at least an excuse to think about a game-changer, headline-induced bounce, and the stock is only dragging around a float of at most 11M shares at this point after some big reverse split action. So, it’s worth a little digging.

Hybrid Coating Technologies Inc (OTCMKTS:HCTI) trumpets itself as a development stage company that manufactures and sells non-toxic polyurethane in North America, Europe, the Russian Federation, Belorussia, and the Kazakhstan Republic.

The company offers monolithic floor coatings and binders, as well as sealants and adhesives under the Green Polyurethane name. Its products have applications in industrial and commercial buildings; civil applications for tunnels and bridges; private and public garages; chemical and food processing plants; warehouses; monolithic floorings for civil, industrial, and military engineering; marine and aeronautic applications; industrial equipment for dairy and liquid fertilizer processing plants and delivery systems; military facilities and equipment; and protective coatings inside industrial and commercial pipes.

Hybrid Coating Technologies, Inc. was founded in 2010 and is headquartered in Daly City, California.

Find out when HCTI reaches critical levels. Subscribe to OracleDispatch.com Right Now by entering your Email in the box below.

With the benefit of a little digging, the dilution story is the big one here. And so is the balance sheet.

The company has repeatedly taken on massive obligations through convertible notes and redeemed them below market price before effecting a major reverse split, diluting away 99.9% of the value of the common equity over the past two years.

The Company’s CEO reveled in new major customers last year, stating that the Company would see huge revenues in 2016. And yet, here we are, 75% of the way through the year, and we are still looking at a balance sheet with only $36k in cash against over $9 mln in liabilities. The debt is growing at 50% y/y while sales are almost non-existent and falling.

That’s harsh, but it’s the reality of the situation.

This week’s news may be a big factor for the Company, or it may not. It’s extremely difficult to understand the implications as a catalyst. HCTI appears to offer a product that may be seen as an alternative to harmful isocyanate chemical-based coatings and paint products sold by the largest competitors in the chemicals market space. That may imply an opening for market share for HCTI.

However, government lawsuits can take years to play out, and there is no guarantee that either 1. We will see new regulations favoring HCTI’s products, or 2. that HCTI would even benefit in the end should that happen.  Moreover, while they call it “proprietary, patent-protected technology”, there is no clear indication that ownership of shares of HCTI would necessarily imply ownership of equity in the critical patent if there is intellectual property rights that would prevent the much more well-capitalized entities such as Dow Chemical, BASF, and others from simply taking over the non-isocyanate polyurethane segment should a concrete new regulation come into being.

Finally, please note, dear reader, that shares of Dow Chemical (NYSE:DOW), for example, as one of the main companies named in the suit, is roughly flat for the week, and there has been no mention of the lawsuit in the Company’s key news items on the major financial media websites. If this was likely to be a big deal, the market would probably be sniffing it out.

So, while the government lawsuit offers an easy argument for promotional pieces that may force some squeezing of shorts and a potentially significant short-term bounce, HCTI is still going to be a company with just $36k held in cash on the books against a massive mountain of liabilities quickly nearing eight digits in size. In addition, the Company is seeing accelerating losses, with the 1H of 2016 seeing nearly $5 mln in losses alone, which is about twice what they lost a year earlier. It’s hard to say HCTI has no actual potential for IP-protected defensible market share gains as the result of this new suit. But we feel comfortable at this point in calling that a long shot. Is it possible? We’ll cover that question with a deeper look in our next update. To get the inside scoop on HCTI subscribe below to Oracle Dispatch right now.