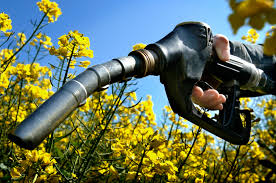 Gene Daniel
Gevo, Inc. (NASDAQ:GEVO) shares are currently trading in a range of $0.47-$0.50, and over a 52-week period, shares of the company have traded in a much wider range of $0.22-$2.24. What has attracted recent investor attention to GEVO is news that two big airlines – Lufthansa and Alaska Air Group – are now trying out the company’s revolutionary biofuel for long-haul flights.
Recent news that; “Gevo Signs Heads of Agreement with Lufthansa for Commercial Supply of Renewable Jet Fuel” has largely fallen on deaf ears of investors, as shares of GEVO have slid over 40% since the announcement on Sept 7th.

Gevo, Inc. (NASDAQ:GEVO) announced on Sept. 7th, 2016 “Expected to be Supplied Over 5 years from Gevo’s First Commercial Hydrocarbons Plant Intended to be Built in Luverne, MN” Gevo, Inc. (NASDAQ:GEVO), announced today that it has entered into a heads of agreement with Deutsche Lufthansa AG (“Lufthansa”) to supply Gevo’s alcohol-to-jet fuel (ATJ) from its first commercial hydrocarbons facility, intended to be built in Luverne, MN. The terms of the agreement contemplate Lufthansa purchasing up to 8 million gallons per year of ATJ from Gevo, or up to 40 million gallons over the 5 year life of the off-take agreement.

The heads of agreement establishes a selling price that is expected to allow for an appropriate level of return on the capital required to build-out Gevo’s first commercial scale hydrocarbons facility. The heads of agreement is non-binding and is subject to completion of a binding off-take agreement and other definitive documentation between Gevo and Lufthansa, expected to be completed in the next few months.

Find out when $GEVO reaches critical levels. Subscribe to OracleDispatch.com Right Now by entering your Email in the box below.

GEVO is a renewable chemicals and next generation biofuels company that has been signing a number of deals with transportation companies looking for cheap, reliable biofuels. The company’s proprietary technology uses a combination of synthetic biology, metabolic engineering and chemical engineering to produce isobutanol, as well as related products from renewable feedstock.

In September, we learned $GEVO aimed to increase isobutanol production at Luverne to a range of 750,000 to 1 million gallons in 2016, up 7-10x from expected 2015 production levels, in part to increase sales of isobutanol into core markets such as the alcohol-to-jet (ATJ), marina, off-road, isooctane and solvents markets.

Underpinning this? Approximately $5.0M of capital expenditures for a distillation system to purify isobutanol on-site, an addition to our seed train to allow Gevo to produce its yeast on-site and a stainless steel fermenter to replace one of the existing carbon steel fermenters that has reached the end of its useful life.

The goal? Reducing the variable cost of producing isobutanol at Luverne to a range of $3.00-$3.50/gallon*, a decrease of approximately 50% from the current cost of production, enabling isobutanol to be produced at a positive contribution margin, based on an expected average selling price for isobutanol of between $3.50-$4.50/gallon

Recently, analysts came out with a target price of $2.3 for shares of GEVO, suggesting that the company’s shares could start to retrace the path to its earlier 52-week high of $2.24. The company’s current market capitalization is $9.74 million.

With jet fuel selling at $0.97 per gallon based on $40 oil, don’t expect big orders from Alaska just yet. But optimistic projections of $70 oil by year end would be an obvious catalyst. While on a pro-rated basis we would not expect to see Alaska doing much more than demonstration that “it is doing something” based on these prices — clearly airlines need to show that they are doing something, else they’ll be regulated country-by-country on CO2 emissions.

Dr. Patrick Gruber, Gevo’s Chief Executive Officer, commented, “This ASTM revision is a major achievement and supports one of Gevo’s key products.  We believe that Gevo’s renewable ATJ provides a clear and cost-competitive path for commercial airlines to reduce their greenhouse gas footprints and reduce their particulate emissions from combustion.” For Gevo, this step is expected to open a large and significant market to Gevo around which Gevo expects to build a profitable business”. For continuing coverage on GEVO and our other hot stock picks, sign up for our free newsletter today and get our next hot stock pick!