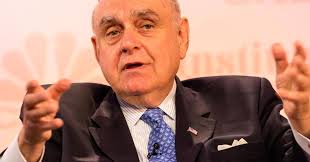 Over the course of the past week, American Battery Metals Corp (OTCMKTS:ABML) has been in focus among investors after the company announced...
Read more

The Cohen family who run ATLS have had some negative press recently. The New York hedge-fund magnate Leon Cooperman, was accused Wednesday of buying shares in Atlas Pipeline Partners after obtaining insider information, has been investing with the family that managed that company for more than a decade. It hasn’t always paid off.

Atlas Energy Group, LLC (OTCMKTS: ATLS) major shareholder Cooperman, 73, and son Wayne bought stakes in at least five companies controlled or managed by Philadelphia native Edward E. Cohen and his sons Jonathan and Daniel since 2000, including Atlas Resource Partners LP, Atlas Energy Group LLC, Resource America Inc., and Institutional Financial Markets Inc. Some have lost money for investors – in two cases, more than 80 percent of their value on public exchanges.
Find out when $ATLS reaches critical levels. Subscribe to OracleDispatch.com Right Now by entering your Email in the box below.

They sold the energy companies to Targa Resources Corp. and Targa Resources Partners LP for $7.7 billion in February 2015, they spun off some remaining assets into a new company, Atlas Energy Group LLC, with Cooperman as the biggest shareholder. It has since lost 89 percent of its value to become a $32 million business.

The SEC alleges that Cooperman generated substantial illicit profits by purchasing securities in Atlas Pipeline Partners (APL) in advance of the sale of its natural gas processing facility in Elk City, Oklahoma. Cooperman allegedly used his status as one of APL’s largest shareholders to gain access to the executive and obtain confidential details about the sale of this substantial company asset. Cooperman and Omega Advisors allegedly accumulated APL securities despite explicitly agreeing not to use the material nonpublic information for trading purposes, and when APL publicly announced the asset sale its stock price jumped more than 31 percent.

There is a deep connection with Hedge Fund manager Cooperman that has cast a dark shadow over the company and its handlers.

According to the SEC’s complaint, when Omega Advisors received a subpoena nearly a year-and-half later about its trading in APL securities, Cooperman contacted the executive and tried to fabricate a story to tell if questioned about this trading activity. The executive was shocked and angered when he learned that Cooperman traded in advance of the public announcement.

“We allege that hedge fund manager Cooperman, who as a large APL shareholder obtained access to confidential corporate information, abused that access by trading on this information,” said Andrew J. Ceresney, Director of the SEC’s Division of Enforcement. “By doing so, he allegedly undermined the public confidence in the securities markets and took advantage of other investors who did not have this information.”

In 2011, natural gas futures and crude prices were riding high. Since then, both have cratered, hurting many companies and leading to a spate of bankruptcies. A May filing showed Atlas Energy Group LLC, a developer of oil and gas assets, paid Cohen, its CEO, $73.2 million in cash, before its stock fell below $1 over a 30-day period and the New York Stock Exchange suspended it from trading in July.

Before that, when things were still looking bright — in fact, just two weeks after a Chevron deal closed — Cohen was on a conference call with investors boasting the latest iteration of his Atlas business. Among the investors on the call was a familiar name — Cooperman. “We’re essentially the same people, same approach,” Cohen said at the beginning of the call.  It is clear that there are direct ties between the Cohen Family who controls ATLS and Cooperman. Shareholders will anxiously await Wall Streets reaction to this latest news. For continuing coverage on ATLS and our other hot stock picks, sign up for our free newsletter today and get our next hot stock pick!