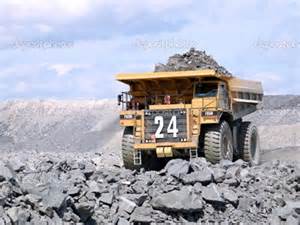 Fiverr International Ltd. (FVRR) shares are trading at lower $160.54 and the avg recommendation for the stock is Moderate Buy, while the current analyst...
Read more
Wall Street Daily

Artelo Biosciences Inc. (ARTL) shares are trading at lower $0.58 and the avg recommendation for the stock is Hold. To add more color to...
Read more
Wall Street Daily

Alamos Gold Inc. (AGI) shares are trading at higher $8.53 and the avg recommendation for the stock is Moderate Buy, while the current analyst...
Read more

There is growing optimism in the market that BRIZF has found a successful strategy to capitalize on historically low valuations within the gold industry. BRIZF, which is a mineral exploration company focused on the acquisition and development of gold projects in Brazil and the Americas, recently acquired a new gold project – the Titiribi Gold-Copper Project near Medellin, Colombia – in early September. There has already been a significant amount of drilling and exploration work at Titiribi, and the hope is that Brazil Resources will be well positioned to profit from any future increase in the value of gold and copper.

Brazil Resources I COM NPV (OTCMKTS: BRIZF) is not a one trick pony. The bigger picture is that companies such as BRIZF that are able to acquire gold projects while commodity prices are low will be able to profit dramatically as soon as prices head up. With the current price of gold, there’s a real opportunity to pick up junior mining companies and attractive mining projects at cheap valuations. In short, it’s relatively cheap to pick up advanced-stage mining projects before the supply-demand dynamic reverses itself.

Find out when $BRIZF reaches critical levels. Subscribe to OracleDispatch.com Right Now by entering your Email in the box below.

Currently, BRIZF operates four other important mineral exploration projects: the Cachoeira and Sao Jorge Gold Projects in northwest Brazil, the Whistler Gold-Copper Project in Alaska, and the Rea Uranium Project in northwest Alberta. The Whistler project is an example of the basic strategy that Brazil Resources hopes to deploy elsewhere in the Americas – buy low, sell high.

That being said, all mining and exploration projects inevitably carry with them a high amount of risk. Right now, traders are attempting to assess the risk-reward profile of BRIZF. On the plus side of the ledger, the company right now appears to be a discounted growth stock, with proven resources and real growth potential. As gold prices head up, the biggest mining projects with proven resources will benefit from higher valuations.

The latest catalyst for the company’s stock price was a release on September 26th of an update on the status of the company’s Brazilian gold projects – Sao Jorge, Cachoeira, Boa Vista and Surubim. Of these projects, Sao Jorge is considered to be the flagship project.

The company just recently completed its final milestone payments for the Cachoeira Gold Project, giving it 100 percent control over the project. In the past, BRIZF has consistently touted its financial strength as proof that it will be able to extract gold resources and make each mining project profitable – at a time when other mining companies are being sold at discounted prices because they simply can’t go it alone anymore.

Brazil Resources is lead by Amir Adnani, who is Chairman and Founder. Mr. Adnani is an entrepreneur and a mining executive. He is the founding Chief Executive Officer and a director of Uranium Energy Corp (UEC), an NYSE MKT-listed uranium mining and exploration company. Under his leadership, UEC moved from concept to initial production in the U.S. in five years, and has developed a pipeline of low-cost, near-term production projects.  By background, he is an entrepreneur, and earlier started and expanded two private companies

Fortune magazine distinguishes Mr. Adnani on their ‘40 Under 40, Ones to Watch’ list of North American executives. He is selected as one of “Mining’s Future Leaders” by Mining Journal, a UK-based global industry publication. He is recognized by a qualified resource industry investment advisory, Casey Research, as one of the sector’s leading entrepreneurs, a list researched and known as ‘Casey’s NexTen.’ He is a nominee for Ernst & Young’s ‘Entrepreneur of the Year’ distinction.

There’s clearly a tremendous amount of market momentum behind BRIZF. At the beginning of January, shares were trading at only $0.33, near the bottom of the 52-week range. By the end of April, shares had cleared the $1 mark. After testing the $1 level for several months, it pushed above the $2 mark at the beginning of July.  Whether shares of BRIZF have the momentum to push significantly higher from their current level of $2.27 is now the subject of debate among both investors and traders in the gold industry. For continuing coverage on $BRIZF and our other hot stock picks, sign up for our free newsletter today and get our next hot stock pick!