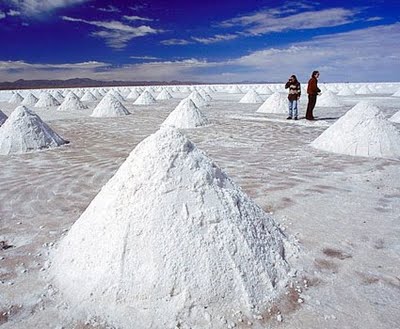 Oroplata Resources Inc (OTCMKTS:ORRP) has been popping higher off of strongly held support for several days after news disseminated about the Company’s planned Short Work Program at their Western Nevada Basin Lithium Project. This is one of the central stocks in the current “lithium rush” that has been launched into its primary boom phase by Tesla’s endless search for material inputs in its battery manufacturing process.

We’ve witnessed just under 350% powered into shares over the past two weeks. However, that move represents a recovery move amid largely bearish action over the past 2 months, during which time, ORRP dove by as much as 80%.

Oroplata Resources Inc (OTCMKTS:ORRP) trumpets itself as an exploration stage company that engages in the acquisition, development, and exploration of mineral properties.

Through its wholly-owned subsidiary, Lithortech Resources Inc., the Company is focused on becoming a substantial profitable lithium producer by the rapid development of valuable production-grade lithium brine deposits in Nevada and throughout the southwest U.S.

Find out when $ORRP reaches critical levels. Subscribe to OracleDispatch.com Right Now by entering your Email in the box below.

The Company recently announced details of its planned 2016 Short Work Program at the Western Nevada Basin Lithium Project in Nevada.

“This drilling and sampling focused work program will directly examine lithium enriched tuff horizons through direct sampling across our WNB property and should generate lithium values both laterally and vertically through the project area,” commented Oroplata CEO, Craig Alford. “This method has already been proven extremely effective at other now productive lithium brine operations, including Clayton Valley in Nevada.”

Oroplata’s 2016 Short Work Program at the WNB Lithium Project is planned to include the re-entry of a series of currently shut-in oil wells to conduct vertical analysis of several known and potential lithium bearing brine horizons by perforation of the well casing at numerous depths. Testing of lithium bearing brine horizons from active oil wells is also planned in various areas, if available.

Craig Alford concluded, “We expect that completing this work program in 2016 will provide us with the additional subsurface data required to generate the most detailed proprietary geologic stratigraphic model for the Western Nevada Basin area ever created. This will be a great benefit to us as we plan the future development of the project.”

The details and findings of this testing phase will be important for the Company. We expect lithium prices to continue to press higher, as do most analysts.

Back in late July, the Company announced an agreement with Plateau Ventures of Utah for 700 mining placer claims at the Western Nevada Basin project in Nevada.

This puts ORRP right at the heart of the lithium market in the U.S.

The Oroplata geological team is in the process of reviewing all available well data and refining a planned 2016 Exploration Program of drilling and geophysics for the Western Nevada Basin (WNB) lithium project.  The WNB Project is located approximately 94 miles (151 kilometers) northeast of Tonopah, NV, in Nye County, Nevada. Oroplata holds a 100% interest in 500 claims over 10,000 acres in one of Nevada’s largest trapped drainage basins in an area that was first identified as lithium rich by the United States Geological Survey (USGS). The Company also has an exclusive option to acquire an additional 700 mining claims in the area for a total of 24,000 acres.

Why Nevada? Nevada is the only major proven Lithium site in the U.S.; the majority of the world’s lithium comes from foreign sources like Chile, Argentina, and Australia. This makes Nevada the only major Lithium producing area that’s geographically close to Tesla facilities, positioning it perfectly to profit from the coming electric vehicle boom. Nevada Lithium has attracted the attention of Tesla itself, with CEO Elon Musk showing interest in acquiring Nevada lithium mines near his battery factory.

Now commanding a market cap of $23.8M, ORRP has an extremely small store of cash on the books, which must be weighed relative to its $130k in total accumulated debt. The Company has accrued no revenues to date. The current reality for the business is not particularly actualized. Let’s be honest: this is a speculative play on the future of the lithium market. Analysts are starting to project that market consumption of Lithium could triple from 160,000 metric tons to a staggering 470,000 metric tons by 2025. If the Company’s work program study deposit levels yields strong results, this stock could be a huge growth play. We will be ready with those results as soon as more information is available. For continuing coverage on $ORRP and our other hot stock picks, sign up for our free newsletter today and get our next hot stock pick!