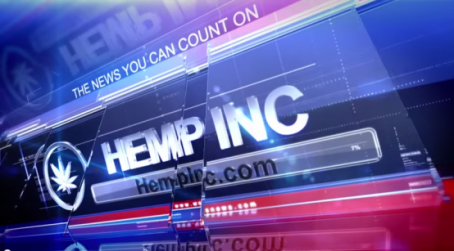 Hemp Inc (OTCMKTS:HEMP) is a stock that’s been pressing to the downside despite recent surging prices among its peers in the marijuana, cannabis, and related space. The stock has found key support consistently coming in at the $0.02 level, but should be screaming up the charts as are its brethren in the segment. So, what’s going on here?

The first thing to point out is the 40% increase in outstanding shares between March and June of 2016 according to annual reports. The second is the action during early trading hours on Wednesday, June 22, 2016, after the SEC announced charges against Hemp’s CEO, Bruce Perlowin the day before. Perlowin was allegedly running a long-standing fraudulent scheme that involved selling hundreds of millions of the Company’s shares that were unregistered and not properly filed with the SEC. The third is that, for reasons we will explain, it may be a big sleeper pick right now.

Hemp Inc (OTCMKTS:HEMP) promulgates itself as a company that produces products made from industrial hemp. The company also offers products and services to the medical and recreational marijuana industries. It also develops and operates a website providing entertainment and news related to medical marijuana industry.

The company was formerly known as Marijuana, Inc. and changed its name to Hemp, Inc. in June 2012. Hemp Inc. was founded in 2008 and is headquartered in Las Vegas, Nevada.

Hemp is a durable natural fiber that is grown as a renewable source for raw materials that can be incorporated into thousands of products. It’s one of the oldest domesticated crops known to man. Hemp is used as a nutritional food product for humans and pets, building materials, paper, textiles, cordage, organic body care and other nutraceuticals, just to name a few.

It has thousands of other known uses. A hemp crop requires half the water alfalfa uses and can be grown without the heavy use of pesticides. Farmers worldwide grow hemp commercially for fiber, seed, and oil for use in a variety of industrial and consumer products.

CEO Bruce Perlowin, says, “I believe our industry, specifically public companies within this sector, is about to see the biggest spike to date. The industrial hemp and medical marijuana industries have been building their fundamentals over the last few years as more states have legalized hemp and medical marijuana or passed favorable laws. As we approach the 2016 elections, I foresee a potentially explosive growth curve for pot stocks again. That is less than 90 days away.”

However, the Company should be a powerhouse right here on the charts, and it’s not, which is always a red flag. As Jesse Livermore used to say, if it can’t run higher when it should, then it’s certainly not going to when it shouldn’t.

That said, much of the dampening effect of the action might be a result of the overhang of the SEC’s actions against its principal executive, Perlowin. As details of the case suggest that there may be fire under all the smoke, shareholders might consider what reaction they would get if the resolution were for a simple replacement at the top. After all, the charges are against Perlowin, not Hemp, Inc., per se.

Now commanding a market cap of $20.7M, HEMP has minimal cash on the books, which must be weighed relative to about $200k in total liabilities against the balance sheet. The setup here can be looked at one of two ways: First, you have a stock that isn’t acting right, plainly. And there are negative stories swirling around its leadership that speak to coming inglorious headlines and past cap table damage. But, second, you have a company that booked $2.36 mln in revenues last quarter; a company with $6.8 mln in total assets by their count and experienced personnel at every level; a diversified key player in a major growth industry that’s likely heading for very good news as a market segment. This one could surprise the many very bearish bears growling around it right now. We shall see. And we shall update! For continuing coverage on $HEMP and our other hot stock picks, sign up for our free newsletter today and get our next hot stock pick!