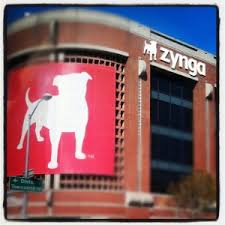 Zynga Inc (NASDAQ:ZNGA) speculators seem to be accumulating Zynga stock this month, and shareholders are anxiously awaiting the upcoming November 1 earnings announcement. Traders who are dialed into Zynga and mobile gaming in general, know this giant gamer can pop at any time. Shares gained some traction to end the week ending up 3.56 percent to $2.91. Furthermore, ZNGA shares are up over 18% in the last 3 months, and the consensuses price target now stands at $3.18 up over 11 percent over the same time frame.

What has fueled the recent price momentum, is no doubt, directly related to the buzz and excitement surrounding the hot and lucrative mobile gaming sector. The industry has grabbed media attention with the Pokemon phenomenon and advances in mobile platforms.

“I’ve always had a passion for media and entertainment, and I’m incredibly excited by Zynga’s unique ability to connect people around the world through games,” said Griffin. “With a strong portfolio of innovative IP, deep player relationships and incredible talent, the company is well positioned to be a leader in the growing mobile industry. I look forward to partnering collaboratively with Frank and the rest of the team to deliver on Zynga’s potential and long-term value through a player-first approach to building great games.”

It’s obvious ZNGA has connected with people around the world. Zynga games have been played by more than 1 billion people around the world, and are available on a number of global platforms including Apple iOS, Google Android, Facebook and Zynga.com. Now the question remains; can an Zynga re-connect with investors?

Find out when $ZNGA reaches critical levels. Subscribe to OracleDispatch.com Right Now by entering your Email in the box below.

Zynga Inc. corporate headquarter’s are in San Francisco, California. ZNGA is a leading developer of the world’s most popular social games that are played by more than 100 million monthly consumers. ZNGA is a provider of social game services. The Company develops, markets and operates social games as live services played on mobile platforms, such as iPhone Operating System (iOS) and Android and social networking sites, such as Facebook. The Company operates through developing and monetizing social games segment. It has developed various social games, including games in its Slots, Words With Friends, Zynga Poker and FarmVille franchises.

The Company also launched various games on mobile and Web, including Words on Tour and FarmVille: Harvest Swap in the Casual category; Black Diamond Casino and Princess Bride Slots in the Social Casino category; Empires & Allies in the Action Strategy category, and Mountain Goat Mountain. It invests in various game categories, including Social Casino, Casual, Action Strategy and Invest Express. It analyzes the data generated by its players’ game play and social interactions to guide the creation of content and features.

The games are generally popular, but all in all, Zynga has largely been in a downtrend since its IPO in 2011. Many readers may recall Dec 11th, 2011 when Zynga priced its IPO at $10 a share with a market cap of 7 Billion (current Market Cap stands at 3 Billion). ZNGA began trading on the Nasdaq stock exchange, and shares soared as high as $11.50 before falling back, dropping to $9.52 in its first 15 minutes of trading. The stock spent most of the day below $10 and closed at $9.50, down 5% from its offering price.

Needless to say ZNGA has been tough on many investors since the euphoria of the IPO wore off. But all is not lost, the bottom line is improving in 2016 and some analysts believe the company is undervalued at current levels. Looking ahead; a takeover, or takeout, could potentially be in the cards for Zynga. This is an developing story in the mid-cap circles and we will continue to follow it closely. For continuing coverage on $ZNGA and our other hot stock picks, sign up for our free newsletter today and get our next hot stock pick!