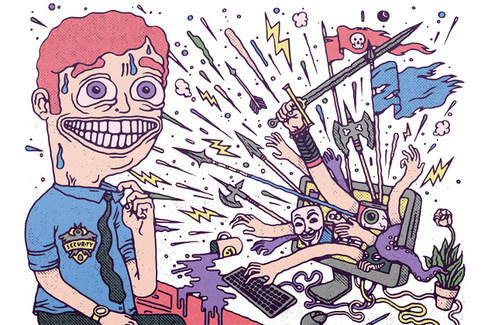 Strikeforce Technologies Inc (OTCMKTS:SFOR) is a stock that has truly been on a roll. Some might say, “why is this stock still trading near a penny?” given some of its powerful positives, but one must maintain a little perspective here. Keep in mind: this stock was trading below a tenth of a penny for most of this calendar year. Recent action has been a mania of gains.

The move is even more remarkable when one understands the share creation that has gone on in this stock. As we noted in our last update, vestiges of a prior bid/ask spread now appear $10k wide on the chart if you scroll back a couple years. All told, the float is now reported in the billions. The CEO is a former JPM hot shot, and financial engineering is likely in the veins of SFOR through and through. That said, the stock is also rising because the Company shows real promise. As a spec ticket, you could do far worse.

Find out when $SFOR reaches critical levels. Subscribe to OracleDispatch.com Right Now by entering your Email in the box below.

If the new war of industry is being waged in cybersecurity terms, then SFOR has the potential to become one of its generals.

Currently trading at a market capitalization of $29M, SFOR has a decent store ($1.67M) of cash on the books, in a pool of total assets a bit over $1.8M, which must be weighed relative to an appreciable load ($4.67M) of total accumulated debt. The stock exploded out of sub-penny land on a mountain of speculative fever and some promising trends on both the macro and company front. The litigation play is big part of this pie, but so its relative position in an expanding industry space. In our last update, we noted this one was a rising force, but suggested the prior bouts of dilution would express a ceiling on share gain potential unless some steps were taken by executive management to adjust away from that ceiling. Kay might be just the guy for that job. We’ll keep you updated. For continuing coverage on $SFOR and our other hot stock picks, sign up for our free newsletter today and get our next hot stock pick!