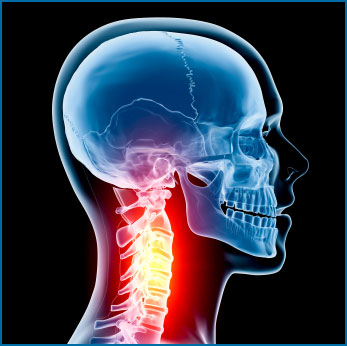 Elite Pharmaceuticals Inc (OTCMKTS: ELTP) may be on the mend due to some potentially groundbreaking technology. Shareholders may soon feel some much needed pain relief. Shares of New Jersey-based Elite Pharmaceuticals Inc (OTCMKTS: ELTP), currently trading in a narrow range between $0.17-$0.18, could be headed higher on improving forecasts for the company’s pipeline of proprietary pharmacological abuse-deterrent opioid products and niche generic products. Over the past 52-week period, shares have traded as low as $0.11 and as high as $0.44. At the current trading price of $0.176, the total market capitalization of the company is $129.13 million.

What has investors most excited about the shares of Elite Pharmaceuticals is that the company appears to be making a successful pivot in its business strategy. The company originally focused on the research, development and manufacture of oral, controlled-release products, such as those for pain management. The lead product, SequestOx, enables the management of moderate to severe pain by delivering doses of oxycodone via capsules.

Elite Pharmaceuticals Inc (OTCMKTS:ELTP) had a hiccup however, what regulators and medical practitioners found was that these prescription-only capsules could be misused and abused. In short, drug users could crush up the pills and inject them directly, treating them as an opiate. Amidst the public outcry over the misuse and abuse of prescription drugs, shares of Elite Pharmaceuticals came under heavy selling pressure.

Thus, the company has now pivoted to what it refers to as a proprietary and trademarked abuse-deterrent technology (ADT) known as ART. Using this technology, it’s very difficult for drug abusers to take advantage of these prescription pills. There are now essentially two capsules that a user must ingest. One is used to activate the pain management, while the other passes through the body without being used at all, unless a crushed form of the drug exists in the body, in which case it neutralizes it completely. Thus, if a user ingests SequestOx, everything works as planned. However, if a user tries to use a crushed form of SequestOx, all of the opioid effects are blocked.

This potentially groundbreaking technology has already been licensed to a number of other pharmaceutical companies, including TAGI Pharma, Epic Pharma and Valeant Pharmaceuticals International. And, according to the 1Q2017 financial results of Elite Pharmaceuticals released in June 2016, there was a nearly 50 percent increase in licensing revenue, so more deals are getting signed that involve this technology. In fact, Elite Pharmaceuticals is considered a market leader in developing this type of technology.

There’s just one problem, however, from the perspective of regulators: it’s not completely clear if the abuse-deterrent technology works as described. In July 2016, the company received a complete response letter (CRL) from the U.S. FDA related to its lead abuse-deterrent opioid candidate. On news of the CRL, shares of the company fell sharply, by 60 percent in July alone. Most investors see these issues as unexpected, but also easily resolved.

Find out when $ELTP reaches critical levels. Subscribe to OracleDispatch.com Right Now by entering your Email in the box below.

Going forward, there are several catalysts for Elite Pharmaceuticals. The most important one, obviously, is proof that the company has figured out all the issues with its abuse-deterrent technology. The second one is that the company continues to find licensing opportunities for its niche generics.

There’s good news on the second front. On August 10, the company filed an Abbreviated New Drug Application (ANDA) to market the drug Percocet as a generic. And on August 29, the company signed a development and licensing agreement with SunGen Pharma LLC. And, earlier in the summer, the company posted quarterly revenue of $3.3 million on strong signals that the licensing revenues will continue to ramp up.

Whether Elite Pharmaceuticals is able to break out of its current trading range of $0.17-$0.18 will depend largely on whether investors feel confident about the company’s abuse-deterrent technology. At the same time, they will be keeping an eye on the company’s niche generic products. Currently, Elite Pharmaceuticals has six different approved ANDA’s, which opens up future licensing opportunities. If all goes according to plan, investors will soon get some pain relief from the company’s recent stock woes. For continuing coverage on $ELTP and our other hot stock picks, sign up for our free newsletter today and get our next hot stock pick!