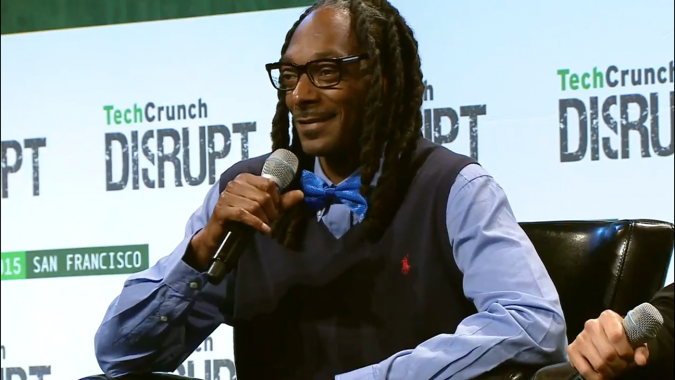 MassRoots Inc (OTCMKTS:MSRT) has been on a slippery slope recently, grinding lower seemingly every day, after failing to attain new funding support as a likely consequence of a failed bid to uplist to the Nasdaq exchange in May. Just before that time (in mid-March 2016), the Company took on over a million in secured six month notes which came due last month. In an 8K a week ago, MSRT put out notice that they were in default.

As a result, about half of the 33 headcount staff was cut and a number of other adjustments were made that should be examined. But the default isn’t the only important point to make about this company, as we will see below. MSRT has a track record that includes a number of dramatic bounces. With this news now out and about and a float well under 30M (for now), one might see some covering come into play once all the nasty details are fully hit by the light of day.

MassRoots Inc (OTCMKTS:MSRT) trumpets itself as a company that operates a technology platform for the cannabis community in the United States. The company’s mobile network enables users to share cannabis content to connect with the legalization movement. Its network is accessible as a free mobile application through the iOS App Store and the Google Play marketplace; and as a Website at massroots.com.

MSRT is one of the largest and most active technology platforms for cannabis consumers, businesses and activists with over 900,000 registered users.

Find out when $MSRT reaches critical levels. Subscribe to OracleDispatch.com Right Now by entering your Email in the box below.

So, as should be clear, there are very real prospects here, and we assume many folks know about it. Most of the bigger players have probably just been waiting for this short-term debt grenade to go off and see how much of a crater it left in the stock.

What we know now is that the Company is in default. As of the date of last week’s 8K with the SEC, the Company believes the Mandatory Default Amount due to all Holders of the Notes to be $1,256,170.

“Further, amounts due under the Note may be converted at the election of the Holder into shares of the Company’s common stock at 65% of the average of the three trading days with the lowest daily weighted average prices of the Company’s common stock occurring during the fifteen days prior to the Notes’ maturity date. On September 20, 2016, the Company received a notice of conversion of DiamondRock, LLC, a Holder, of $25,000 of the amount due under its Note, calculated pursuant to this provision.”

That’s a scary story for equity holders and you want to be careful here. The headlines might get worse, but once the dust settles, this will be an important stock to watch.

As noted above, they have a thriving social network in a rapidly growing space. In addition, the Company is coming off success and possibly heading into more. As the Company’s Chairman put it recently:

“MassRoots recently reported in our second quarter financial results that we generated more revenue in a single quarter than all previous quarters combined. Partnered with sizeable reductions in operating expenditures made this summer, we expect that MassRoots will be cash-flow positive on a monthly basis by the end of 2016. Over 75% of sales are expected to come solely from the Colorado and California markets, while the November 2016 elections have the potential to open or expand markets in 8 additional states. Our two closest comparables, Weedmaps and Leafly, are expected to generate more than $25 million and $15 million, respectively, in digital advertising revenue during 2016. Already with comparable user bases to both of these services, we believe our annual revenue run rate will grow to this range within the next 12 to 18 months.

“Product Pipeline In August 2016, we introduced a dispensary finder within the MassRoots mobile applications and ramp up business on-boarding, connecting our community of over 900,000 cannabis enthusiasts with our dispensary partners in their local area. Within the next few weeks, users will be able to review strains and products, as well as view live prices at local dispensaries. In future iterations, users will be able to rate and discover products based on how well they treat certain ailments and seeing which dispensaries have that product in stock. MassRoots aims to dominate the demand-side of the cannabis market, channeling sales to our preferred partners.”

At this time, carrying a capital value in the market of $20.5M, MSRT has minimal cash on the books, in a pool of total assets approaching $440K, which compares with an appreciable load ($1.20M) of total accumulated debt. However, the real question is, What sort of new dilution is going to be coming at shareholders once the dust settles and we know all the consequences of the fallout from its recent default? Once that question is answered, the initial response may be ugly, but the adjustment off the news will likely be an opportunity. And we plan to be all over it. For continuing coverage on $MSRT and our other hot stock picks, sign up for our free newsletter today and get our next hot stock pick!