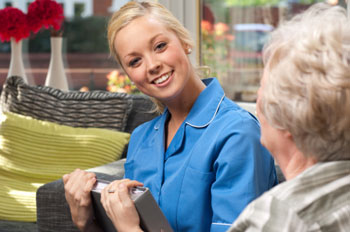 Anavex Life Sciences Corp (OTCMKTS:AVXL) had been pressing to the downside since announcing disappointing Mini Mental State Examination (MMSE) numbers in its latest phase 2 study of its lead drug candidate in late July, and then reporting a bad loss in its Q3 results a couple weeks later.

However, a recent major success with its Parkinson’s pipeline project and a key agreement with Biogen have stepped in to offer a burst back to the upside, and some much needed hope for shareholders of the beleaguered Alzheimer’s drug prospector. We’ve witnessed about 40% in gains so far on the twin headline scores. And the situation may continue to be worth watching given AVXL’s history of sudden rips to the upside.

Anavex Life Sciences Corp (OTCMKTS:AVXL) bills itself as a clinical stage biopharmaceutical company that engages in the development of drug candidates for the treatment of Alzheimer’s disease, other central nervous system diseases, pain, and various cancers.

The company’s lead drug candidates include ANAVEX 2-73 and ANAVEX PLUS, a combination of ANAVEX 2-73 with donepezil, which is in a Phase 2a clinical trial for the treatment of Alzheimer’s and other central nervous system diseases.

ANAVEX 2-73 is an orally available drug candidate that targets sigma-1 and muscarinic receptors and successfully completed Phase 1 with a clean safety profile. Preclinical studies demonstrated its potential to halt and/or reverse the course of Alzheimer’s disease. It has also exhibited anticonvulsant, anti-amnesic, neuroprotective and anti-depressant properties in animal models, indicating its potential to treat additional CNS disorders, including epilepsy and others.

Its preclinical drug candidates include ANAVEX 3-71, which uses ligands that activate sigma-1 receptors to treat Alzheimer’s disease; ANAVEX 1-41, a sigma-1 agonist that protects nerve cells from degeneration or death; and ANAVEX 1037 for the treatment of prostate cancer.

Find out when $AVXL reaches critical levels. Subscribe to OracleDispatch.com Right Now by entering your Email in the box below.

The Michael J. Fox Foundation (MJFF) for Parkinson’s Research has awarded Anavex a research grant to develop ANAVEX 2-73 for the treatment of Parkinson’s disease to fully fund a preclinical study, which could justify moving ANAVEX 2-73 into a Parkinson’s disease clinical trial. ANAVEX 3-71, also targeting sigma-1 and M1 muscarinic receptors, is a promising preclinical drug candidate demonstrating disease modifications against the major Alzheimer’s hallmarks in transgenic (3xTg-AD) mice, including cognitive deficits, amyloid and tau pathologies, and also with beneficial effects on neuroinflammation and mitochondrial dysfunctions.

However, as noted above, Q3 results were not pretty, showing a heavy loss of $2.2 mln. Shareholders also got a window into some less than exciting signs of inefficiency in terms of deploying resources, with management plowing about $6 mln into general and administrative expenses, while only apportioning about half that for actual research and development spending.

That said, we are also seeing some very promising signs from AVXL. The Company’s material transfer agreement with Biogen Inc. (BIIB) is a good example. Biogen has agreed to test Anavex’s lead drug candidate, ANAVEX 2-73 in an oligodendrocyte precursor cell (OPC) differentiation assay. If all goes well in this study and there is a satisfactory result from the OPC assay study, it may lead to an in vivo remyelination study using a chemical demylination model.

As discussed above at length, Anavex’s lead drug candidate, ANAVEX 2-73, is currently in a Phase 2a clinical trial for Alzheimer’s disease. Battling demyelinating diseases such as multiple sclerosis requires an understanding of the processes that cause remyelination to fail.  Remyelination of demyelinated axons is typically a function of oligodendrocyte precursor cells.

These studies with Biogen will examine the therapeutic role ANAVEX 2-73 may play in permitting remyelination in the brain.

In addition, just before the agreement was inked, the Company announced data that indicate its Anavex 2-73 may successfully treat Parkinson’s disease. The drug, which affects proteins in the central nervous system, restored motor function in mice modeling Parkinson’s disease.

“Significant improvements were seen on all measures: behavioral, histopathological and neuroinflammatory endpoints,” the New York-based biopharmaceutical company said in a statement.

Currently trading at a market capitalization of $127.1M, AVXL has a significant war chest ($9.73M) of cash on the books, along with total assets greater than $9.8M, which must be weighed relative to roughly $2.1 mln in current liabilities. That’s a very healthy balance sheet situation and certainly suggests the Company has a nice safety net in place.

Moreover, AVXL has been a roller coaster, with a few signs of operational inefficiency peering out at us from that Q3 set of numbers, as well as some apparent mismanagement in structuring the Phase 2 MMSE (no control group comparison). But that view is nicely balanced by some very strong recent positive catalysts in play for the name as well, as we have discussed above, along with a very strong fiscal posture. As the picture sorts itself out, we will be watching it closely for signs this one is ready to lean forward rather than back from here. For continuing coverage on $AVXL and our other hot stock picks, sign up for our free newsletter today and get our next hot stock pick!