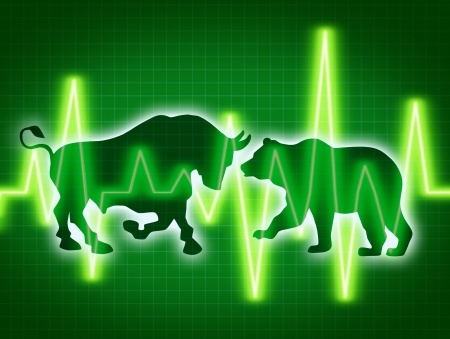 Greengro Technologies Inc (OTCMKTS:GRNH) out of Anaheim, CA is a aggressive player in the blazing hot marijuana movement. Setting GRNH apart from the crowd is the development of a 3-tier franchise model. The company announced September 23rd the “Greengro 3-Tier Franchise Model” for businesses in the field of controlled environment agriculture (CEA). Think of it like an ACE Hardware for companies in the field of leafy green produce production and distribution e.g, Lettuce, Marijuana, etc.

The news is starting to make some noise on Wall St. Recent action has seen nearly 18% tacked on to share pricing in the past week. Greengro’s market cap currently stands at 18M.

The Greengro 3-Tier Franchise Model is being marketed by the Company’s subsidiaries Vertical Hydrogarden and BP Gardens, Inc., a CEA company that specializes in the use of leading-edge technologies and production methods. End user customers for this franchise program include companies in the field of leafy green produce production and distribution, e.g., lettuce producers and processors.

“Our franchise program benefits facility owners by ensuring consistent production and profitability,” said James Haas, CEO of Greengro Technologies, Inc. “We provide a state-of-the-art grow environment and the franchise is offered with a purchase order to acquire the entirety of the produce crop that a facility harvests.”

Haas said that, after a period of comprehensive research and development, Greengro is mobilizing on a strategically devised three-tier business model designed to fasten its corporate roots deep into the agricultural sector.

“This is a monumental step forward for Greengro, Vertical Hydrogarden and BP Gardens,” stated Haas. “The robust profit potential of these operations is lucrative. Significant effort and resources have been invested in the successful development of these opportunities, and we are extremely pleased as we are looking forward to the level of growth this strategy is expected to deliver.”

Ultimately, noted Haas, the Company strategy is to duplicate its promising franchise models over a widening territory.

1) BP Gardens Glass Greenhouse Franchise – The Glass Greenhouse offering includes a turnkey two-acre facility designed to produce up to nine million heads of lettuce per year. With an estimated per-head value of $.75, potential revenues from the production of lettuce alone could be significant. This franchise is offered with a purchase order to acquire the entirety of the produce that facility harvests

2) Cannabis Ventures Inc Glass Greenhouse Franchise / Cannabis Sector – The secondary tier is the set-up of the company’s signature Glass Greenhouses for the cultivation of Medical Marijuana. If the operation can generate nine million heads of lettuce, the production of a comparable amount of cannabis is expected to be a game changer, not only for the grower but for the thriving local retail market. With loosening legislation, production demands are increasing and like Tier 1, purchase orders accompany this franchise opportunity.

Find out when $GRNH reaches critical levels. Subscribe to OracleDispatch.com Right Now by entering your Email in the box below.

An aggressive expansion of services, and a white hot market have GRNH reaching new highs in September after a downtrend this summer. What motivates companies like Greengro is the rapid movement for legalization in the US.

As stated by the company; “The robust profit potential of these operations is lucrative. We will see if that translates into a breakout for GRNH shareholders. We will update this one again soon and be in a position to provide more details as this exciting trade develops. For continuing coverage on $GRNH and our other hot stock picks, sign up for our free newsletter today and get our next hot stock pick!