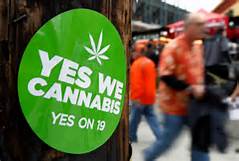 GW Pharmaceuticals PLC- ADR (NASDAQ:GWPH) is a stock that’s been advancing nicely as traders and investors continue to pile into the marijuana Election Day trade. Nine states in total are heading to the voting booth in a month to expand the footprint of the cannabis segment in the US economy by at least a factor of three, likely to over $20 bln in overall scope of sales, according to estimates from Cowan & Co.

GWPH is one of the rare full-fledged big board marijuana stocks in the game right now, so it has an edge over the little guys over on the OTC. As a case in point, the chart shows 60% added to share values of the company over the past month of action to bring the stock up to a test of its all time highs, initially logged back in June, 2015. The situation may be worth watching closely here as GWPH has a track record that includes a number of dramatic breakout extensions.

GW Pharmaceuticals PLC- ADR (NASDAQ:GWPH) trumpets itself as a biopharmaceutical company that engages in discovering, developing, and commercializing cannabinoid prescription medicines. It operates through three segments: Commercial, Sativex Research and Development, and Pipeline Research and Development. The company primarily offers Sativex, an oromucosal spray for the treatment of spasticity due to multiple sclerosis.

It also focuses on the Phase III clinical development program of Sativex for use in the treatment of cancer pain; and Phase 2 trials in other indications, such as neuropathic pain. In addition, the companys product pipeline includes Epidiolex, a treatment for Dravet syndrome and Lennox-Gastaut syndrome, as well as other product candidates in Phase 1 and 2 clinical development for the treatment of glioma, adult epilepsy, type-2 diabetes, and schizophrenia.

Find out when $GWPH reaches critical levels. Subscribe to OracleDispatch.com Right Now by entering your Email in the box below.

Until recently, if you wanted to invest in the cannabis space, you had to turn to the OTC. But there are a handful of stocks in the pot club now that carry the legitimacy of a big board listing, which filters more attention their way at times like this when the cannabis craze in the stock market is fired up and running hot.

At times like this, you’re going to see that factor play a big role, especially as some larger money managers look to gain exposure to the space under restrictions that often forbid them access to OTC and pink sheet options.

But, GWPH also has some specific catalysts in play. For example, shares shot up by more than 17% a week ago as the Company put out notice that one of its key projects is closing in on FDA approval.

Epidiolex treats severe forms of epilepsy in the world’s most vulnerable population: children. Epidiolex helps reduce seizure rates among pediatric epileptic patients suffering from Dravet and Lennox-Gastaut syndromes by using pharmaceutical cannabidiol. If approved, it would clear all boundaries of legality across state lines and have full access to the totality of the epilepsy market in the US.

And that’s no small potatoes. The epilepsy market is expected to reach over $5 bln by 2024, according to a new report by Grand View Research, Inc. The rising government funding for the development of new and effective drugs for the treatment of seizures is a high impact rendering driver for the epilepsy drugs market growth.

And the timeline may be moving forward, as the Company just announced that it is closer to approval based on recent promising phase 3 clinical trial results.

Results from the randomized, double-blind, placebo-controlled phase III study showed that Epidiolex, when added to the patients’ current anti-epileptic drugs treatment, met the primary endpoint for both dose levels (20mg/kg/day and 10mg/kg/day) with high statistical significance. Patients treated with 20mg/kg/day and 10mg/kg/day doses of Epidiolex witnessed median reductions of 42% and 37%, respectively, in monthly drop seizures, compared with a reduction of 17% in those on placebo, for both doses.

Now commanding a market cap of $3.170B, GWPH has a significant war chest ($248.39M) of cash on the books, which is balanced by an appreciable load ($18.38M) of total accumulated debt. Moreover, the name has benefited from a jump in recent trading volume to the tune of 87% over what the stock has registered over the longer term. Traders should note this as important with a float in play that’s tight — around 19M shares. As savvy traders are well aware, a mechanically driven price squeeze can result from this type of mix of small float and ramping attention from traders, particularly when there are major catalysts in play that will continue to drive attention toward the stock. For continuing coverage on GWPH and our other fast moving picks, sign up for our free newsletter today and get our next hot stock pick!