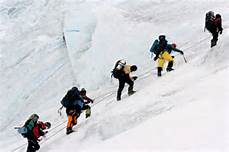 Peregrine Pharmaceuticals (NASDAQ:PPHM) is a hot biotech stock to watch. Shares of Peregrine are currently trading in a range between $0.42-$0.45, could be headed significantly higher based on improving prospects for the company’s lead immunotherapy candidate, Bavituximab. Over a 52-week period, shares of the company have traded as low as $0.29 and as high as $1.33. At a current share price of $0.434, Peregrine Pharmaceuticals has a market capitalization of $105.98 million.

There are several catalysts that appear to be pushing the stock price higher in the coming months. For one, the stock has received favorable “Buy” ratings from analysts. FBR & Co. now has a “Buy” recommendation on the stock, in addition to a $1.00 target. Noble Financial has a “Buy” rating and a price target of $1.50. And Zacks Investment Research has upgraded the stock from a “Hold” to a “Buy,” but has a less aggressive price target of just $0.50 for Peregrine Pharmaceuticals.

Peregrine Pharmaceuticals (NASDAQ:PPHM) is a California-based biopharmaceutical company with two major operating units. One is Peregrine, which handles the R&D of monoclonal antibodies for the treatment of cancer, including Bavituximab. The other is Avid, a contract manufacturing service for third-party customers. Avid handles fee-for-service manufacturing for everything from cell line development to commercial bio-manufacturing.

The real hopes of investors are focused on the preclinical results of Bavituximab. In September, the company posted positive preclinical results, suggesting that Bavituximab could result in anti-tumor development related to breast cancer. Obviously, any serious breakthrough in coming up with a cancer treatment would be  huge for Peregrine Pharmaceuticals.

Find out when $PPHM reaches critical levels. Subscribe to OracleDispatch.com Right Now by entering your Email in the box below.

Moreover, company insiders appear to be buying, adding to their stock positions in the company, another bullish indicator.

However, there are two obstacles ahead for PPHM One is the company’s sharp fall in revenue on a year-over-year basis. When the company reported Q1 2017 earnings results on September 8, Peregrine posted $0.05 EPS on $5.61 million in revenue, which was down 42 percent on a year-over-year basis. Peregrine is next set to report Q2 2017 earnings on December 8, and investors will be looking to see if Peregrine is able to squeeze additional bio-manufacturing revenue out of its Avid business unit.

The company’s technical indicators are also giving mixed signals. For example, as of September 30, the 50-day SMA of the stock was $0.39 and the 200-day SMA was also $0.39. So which way is the stock headed?

If you believe the “smart money” institutional investors and the sharp decline in short interest over the past month, it would appear that shares of Peregrine Pharmaceuticals are headed higher. With price targets for the stock ranging from $0.50 to $1.50, though, it’s not clear how much higher the stock can move. Remember, though, the stock hit a 52-week high of $1.33, so $1.00 seems like an achievable price target.

Going forward, the major catalyst for a further run higher in the stock price will be the success of Bavituximab in further preclinical and clinical trials. If Peregrine Pharmaceuticals really has developed monoclonal antibodies for the treatment of cancer, it’s safe to say that the company’s stock has much higher to run. For continuing coverage on PPHM and our other fast moving picks, sign up for our free newsletter today and get our next hot stock pick!