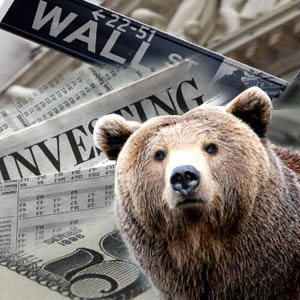 Spectral Medical Inc (OTCMKTS:EDTXF) has been through quite a journey in recent days, as the stock price first blasted 67% higher and then completely crashed 85% lower, with the action apparently owing to perhaps over-leveraged anticipation of, and eventual reaction to, critical results of its Phase III pivotal Toraymyxin trial study.

Clearly, the results were not good news for shareholders (more on that below), and the stock absolutely fell apart. The trial, which enrolled a total of 450 patients, including a pre specified population of 243 patients with a high multiple organ dysfunction score (“MODS”), involved either treatment with two Toraymyxin columns or two placebos (the control group) in treatment of sepsis.

Spectral Medical Inc (OTCMKTS:EDTXF) trumpets itself as a company that focuses on the development and commercialization of theranostic treatment for septic shock in North America. The company’s products include Endotoxin Activity Assay, a rapid diagnostic test for detection of components of gram negative bacterial cell wall; and Toraymyxin, a therapeutic hemoperfusion device that removes endotoxin from the bloodstream.

It is also involved in the development, production, and marketing of recombinant cardiac proteins, antibodies, and calibrators for use in research and development, as well as in products manufactured by other diagnostic companies.

Find out when $EDTXF reaches critical levels. Subscribe to OracleDispatch.com Right Now by entering your Email in the box below.

The move ahead of the data to the upside was so dramatic, IIROC on behalf of the Toronto Stock Exchange had to request that the company issue a statement, which they did, confirming that as of the date of the news release, they were not aware of any corporate developments that would cause such dramatic movement.

Several days later, there was news, and it most certainly did cause the movement. And the move was the other way, and violent.

According to the Company’s materials, “Toraymyxin is a Polymyxin B extracorporeal direct hemoperfusion adsorption column which is highly effective in removing endotoxin in the bloodstream. Toraymyxin has been approved and marketed by Toray Industries in Europe and Japan since 2002 and 1994 respectively, and has been used safely on more than 150,000 patients. Spectral holds the exclusive rights for Toraymyxin in the U.S. and Canada, and is currently conducting a Phase III clinical trial for severe sepsis and septic shock. Toraymyxin has the potential to meet the needs of the more than 350,000 U.S. patients diagnosed with severe sepsis and septic shock each year.”

While the trial didn’t statistically achieve its primary end point target of absolute reduction in mortality at 28 days, it was recorded that other beneficial treatment effects were demonstrated across multiple end points.

For example, the trial clearly showed that mortality benefit significantly increased as a function of the amount of endotoxin removed, as measured by the EAA assay. In addition, cardiovascular function improved and the use of vasopressors decreased. Based on these outcomes, the Company intends to consult with its clinical and regulatory advisors and then meet with the FDA to discuss its regulatory pathway going forward.

“The trial clearly showed that the Toraymyxin™ medical device is safe and, even though statistically significant reduction in 28 day mortality was not achieved with this sample size, the 5% mortality reduction in the per protocol population combined with the other positive benefits observed in treated septic shock patients is encouraging,” stated Dr. Bert Spilker, Chairman of the Data Safety Monitoring Board.

“The data demonstrates a very clear correlation between the amount of endotoxin removal and reduction in mortality. The basic premise of a dose response relationship between the amount of endotoxin removed and related benefits is seen,” said Dr. Paul Walker, President and CEO of Spectral. “The overall data from our pivotal Phase III trial clearly demonstrates a clinically relevant impact on patient lives. We plan to take this robust information to the FDA to discuss our regulatory pathway towards potential approval.”

Currently trading at a market capitalization of $39.4M, EDTXF has a significant pile of cash on hand ($7.61M) and almost no debt on the books. That should allow them to have a fair shake at pursuing continued development despite this hurdle. That seems like a potentially promising path, as well, given that the trial did clearly demonstrate clinically relevant impact on patients’ well-being. The market will work to sort out the true impact of this judgment and we will be watching it closely and look forward to updating you on this extraordinary mover. For continuing coverage on $EDTXF and our other fast moving picks, sign up for our free newsletter today and get our next hot stock pick!