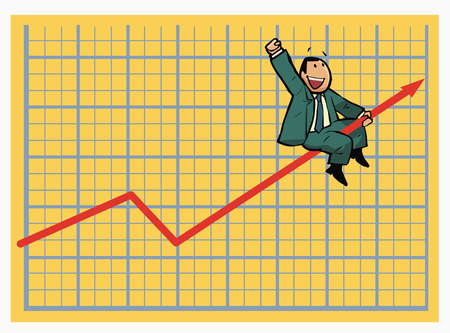 Valmie Resources Inc (OTCMKTS:VMRI) continues to be a wild stock that draws the attention of a lot of OTC traders, luring them in with consistent wide range percentage moves and a mysterious air about its true fundamental narrative. We continue to view this stock as extremely interesting as well. Management has an accomplished track record of productively teasing sticky themes through well-timed press releases, and shares have performed extremely well this year, despite no revenues to date.

As we noted last time, VMRI is no stranger to paid promotional investor awareness campaigns, being launched into the stratosphere on a couple occasions by such means. However, this company also attaches itself to one of the more inherently exciting themes on the OTC scene today: drones.

Valmie Resources Inc (OTCMKTS:VMRI) bills itself as a drone play that focuses on providing unmanned aerial vehicle software, hardware, and cloud services for a range of commercial applications worldwide.

The company offers aerial data collection hardware, software, and data storage solutions. It develops Autonomous Intelligence for Mobilized Devices (AIMD) Platform as the intersection point for real-time operational intelligence and workflow accessible anywhere and anytime; and AIMDx that enables clients to connect, communicate, and collaborate within a cloud-based network.

The company is also developing V-1 Drone, a multi-rotor unmanned aerial vehicle, which meshes with the Company’s overarching conception of itself as actively pursuing opportunities for the commercialization of leading edge products and services in the rapidly expanding technology industry.

VMRI pursues an identity as an incubator as well, with valid business models positioned to make a significant impact within the four key “mega sectors” of technology: software, hardware, networking, and semiconductors.

The value-add, they maintain, is in bringing operating talent, tools, and leadership to emerging companies in these sectors, promoting industry awareness and developing economically sustainable partnerships while increasing shareholder value.

Valmie went public on January 20 of last year after a reverse merger. The shell was originally incorporated in 2011 as a Nevada-based materials sector play.

Find out when $VMRI reaches critical levels. Subscribe to OracleDispatch.com Right Now by entering your Email in the box below.

The only new catalyst to come into play since our last update is the Company’s recent announcement of an upcoming live demonstration of AeroLift’s unmanned transport technology in Trinidad and Tobago.

“Cargo Consolidators Agency Limited is here to support AeroLift in finalizing the details of its next trip to Trinidad that will include in-depth meetings with the Trinidadian Coast Guard and representatives from some of the country’s ministry offices,” said James Stafford, AeroLift Express CEO and Founder. “We are fortunate to have Consolidated Cargo on our team and appreciate their experience and high level contacts.”

Any time your meal ticket is “exciting new-age tech”, live demos are a big part of the equation. Just ask Elon Musk, who got Spacex and Tesla off the ground through similar tactics.

In fact, the reason the VMRI story has worked so well in response to awareness promotions is quite simply because it’s easy to get people excited about drones. That’s the edge here.

According to several industry analysis sources, the drone market is expected to surpass the $100 Bln mark in the years to come as unmanned aerial functionality goes from pure military application to commercial and mainstream application. Attaching a company to this narrative is to tie it to a narrative rocket ship.

Beyond that, the story for any drone play will be mostly wrapped up in the evolution of the FAA rulemaking process.

At the close of August, the Federal Aviation Administration’s new comprehensive regulations went into effect for the routine commercial use of small unmanned aircraft systems. The provisions of the new rule — formally known as Part 107 — are designed for commercial aircraft weighing less than 55 pounds to minimize risks to people and property on the ground, and to other aircraft.

“During the past four years, the FAA has obligated commercial unmanned aircraft operators in the U.S. to have a 333 Exemption in order to fly legally. This was a time consuming regulatory obstacle but necessary for businesses that were committed to operating professionally,” said Gerald B. Hammack, President and CEO of Valmie Resources. “We are pleased that we did not wait for the Part 107 rules to take effect, and as an early adopter, Valmie was interested in operating as an FAA authorized professional company as quickly as possible. To this end, we sought our 333 Exemption to fly commercially, and received it in February.”

Currently trading at a market capitalization of $77.1M, VMRI has almost no cash on the books, along with total assets exceeding $100K, which is balanced by almost no total accumulated debt. This stock is loaded with potential and excitement, but it can’t go on forever like that. You can’t just have a great location and great menu and pretty waitresses and expect to have a long-term success story at a restaurant. At some point, you have to actually serve a good meaty meal. That’s what top line growth would mean for the VMRI story. We don’t see it yet, not even on the very near horizon. However, when we do, you can expect this one becomes an opportunity again. And we’ll be there first to let you know. For continuing coverage on $VMRI and our other fast moving picks, sign up for our free newsletter today and get our next hot stock pick!