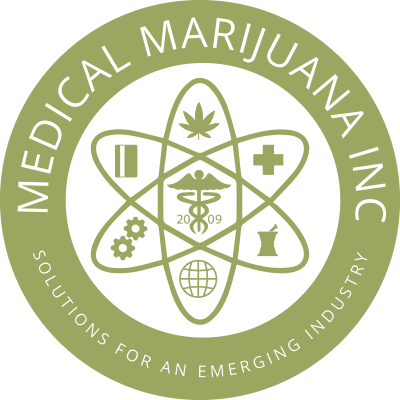 Medical Marijuana Inc (OTCMKTS:MJNA) is betting on the further legalization of marijuana in North America. Shares of the California-based Medical Marijuana, Inc (MJNA) are currently trading in a range of $0.06-$0.08, and could be ready to move even higher based on the changing regulatory fortunes of the cannabis industry.

MJNA just announced that its subsidiary HempMeds® is exhibiting at the Oct. 4-8 SupplySide West Conference in Las Vegas. SupplySide West is a one-stop resource to accelerate manufacturers’ ability to find ingredients to aid in successful launches of finished products. “SupplySide West provides us with a great opportunity to educate some of the more than 14,000 global buyers and manufacturers that attend the Expo about our CBD hemp oil products, which have become highly sought after by consumers across the globe, and the plethora of benefits they can provide to patients around the world,” said Medical Marijuana, Inc. Chief Executive Officer Dr. Stuart Titus.

Medical Marijuana Inc (OTCMKTS:MJNA) owns a portfolio of products, services, technologies and businesses for the medical marijuana and industrial hemp industries. Its core products include cannabinoid-based products, both whole plant and isolated high value extracts. These products are then manufactured and formulated for pharmaceutical, neutraceutical and cosmeceutical companies.

Find out when $MJNA reaches critical levels. Subscribe to OracleDispatch.com Right Now by entering your Email in the box below.

The biggest and most profitable business unit within Medical Marijuana is HempMeds, which produces cannabinoid-rich hemp oil, including its flagship hemp oil product known as Real Scientific Hemp Oil. In Q3 2016, this HempMeds division posted $2.876 million in sales. Its cannabinoid-based products are sold in all 50 states and over 40 countries.

While the revenue figures are impressive, investors are also concerned about the regulatory risks involved with Medical Marijuana. Obviously, the company’s fortunes are directly tied to the regulatory landscape for medical marijuana. In fact, there is currently 0% institutional ownership in MJNA.

The good news is that the legalization effort for marijuana is expanding – not just within the United States, but also Canada and Latin America (Brazil, Mexico, Paraguay). In the U.S., New York State will be opening its first medical marijuana dispensary in January, and MJNA hopes to be part of that new market opportunity. And California could become the fifth U.S. state to legalize marijuana for recreational use.

With this in mind, MJNA offers a sometimes-confusing mix of products, services, and technologies to take advantage of this broader market trend. For example, MJNA offers medical clinical management services at the same time as it is developing cannabinoid-based health and wellness products and medical-grade cannabinoid compounds. It also provides services to help other companies test, package and produce their own medicinal cannabis products.

Back in October 2014, though, a report from a California nonprofit institution issued a report called “Hemp Oil Hustlers,” implicating MJNA in the sale of hemp oil products that made customers violently ill. In addition, the report suggested that the hemp oil products, infused with the CBD medicinal compound, did not work as described. MJNA filed a $100 million lawsuit in response.

So there are obviously a number of legal and regulatory risks to sort out around MJNA, which seems intent on expanding its reach within the cannabis industry as far as possible to mitigate or dilute these risks. For example, in early October, a division of the company – HempMeds Mexico – will host the first-ever national symposium on the medical cannabis industry in Mexico. And Forbes Mexico recently reported on efforts by MJNA to bring medical marijuana to Latin America, including Mexico.

Investors can view this exposure to other North American markets as a hedge against the regulatory risk of the much bigger U.S. market. If U.S. states are slower than anticipated in legalizing medical marijuana, then MJNA can shift its focus either north or south of the border.

Given that shares of MJNA are already pushing up against 52-week highs, investors are clearly waiting for a new catalyst to push the stock higher. Shareholders have witnessed the ups and downs since the company was introduced to investors in March of 2009. Medical Marijuana, Inc. was actually the first company entirely within the cannabis business space to be traded on public stock markets. For continuing coverage on $MJNA and our other fast moving picks, sign up for our free newsletter today and get our next hot stock pick!