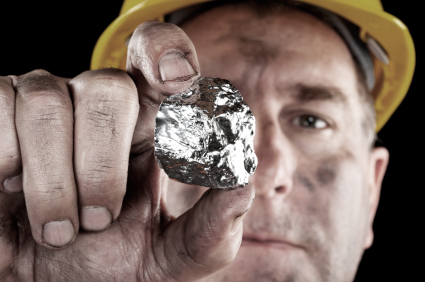 Silvercorp Metals Inc (OTCMKTS:SVMLF) has moved into a consolidation phase of trend in recent months after ripping higher more than 600% in the first half of the year, as the precious metals space hit bottom and made the turn following the Fed’s first rate hike in 9+ years.

This stock hit a high over $3.75 after languishing between $0.40 and $0.50 per share in December 2015 and early January 2016. That low followed a torturous 4-year trek down a mountain of pain along with the rest of the silver-related space following an epic mania into April of 2011 that saw silver futures trade up to $50 per ounce, basically testing the highs first scored in the early 1980’s when the Hunt brothers illegally cornered the silver market.

Find out when $SVMLF reaches critical levels. Subscribe to OracleDispatch.com Right Now by entering your Email in the box below.

Silvercorp is a low-cost silver-producing Canadian mining company with multiple mines in China. The Company’s vision is to deliver shareholder value by focusing on the acquisition of under developed projects with resource potential and the ability to grow organically.

The Company is seeing strong financials as of last reporting, raking in a whopping $110 mln in trailing twelve month revs, representing a quarterly y/y growth rate of about 10%.

Obviously, there are two factors to consider here that underlie those results: First, the price of silver, which had been booming up to more than $20/oz after hitting lows in Dec. under $14/oz.

The second is the cost of energy, which represents the majority of the cost of production. WTI Crude Oil is the best proxy for generalizing there, and oil had been under $30/bbl in Q1 of this year.

Unfortunately, both of these factors have deteriorated somewhat in recent action, with silver prices diving down over 15% in recent weeks, and oil ramping up 15% over the same period. As a result, SVMLF has been under considerable pressure. However, as far as internal operations and effective management, there is nothing wrong here as far as we can see.

A good sign recently emerged when the Company was hit with an appeal from a prior attempted class action shareholder suit.

As it turned out, the Ontario Court of Appeal dismissed the plaintiff’s appeal brought on behalf of shareholders seeking to certify a securities class action originally filed in May 2013 against the Company, its Chairman and Chief Financial Officer at the time.

In October 2015, the Ontario Superior Court of Justice dismissed the plaintiff’s motion for leave and certification of the claim as a class action, and awarded the Company costs in the amount of $500,000. The plaintiff appealed the decision and costs award to the Ontario Court of Appeal.

On August 24, 2016, the Ontario Court of Appeal upheld the rulings made by the Ontario Superior Court and has awarded a further $75,000 in costs to the Company for the appeal.

If you have a bullish bias on the metals, then this may be an excellent horse to ride in that race. Earning a current market cap value of $453.7M, SVMLF has a significant war chest ($73.39M) of cash on the books, which compares with a very manageable load ($4.52M) of total accumulated debt. We noted the excellent top line and growth above. The clear issue here is all about margins. Ideally, a silver miner has cheap energy costs and rising metals pricing. The constricted supply in oil is an issue after 2 years of zero investment in exploration or drilling by oil producers. But metals pricing is still rather favorable, and is a trade currently hosted by some of the true luminaries of the hedge fund world, such as Stanley Druckenmiller, George Soros, and David Einhorn. For continuing coverage on $SVMLF and our other fast moving picks, sign up for our free newsletter today and get our next hot stock pick!