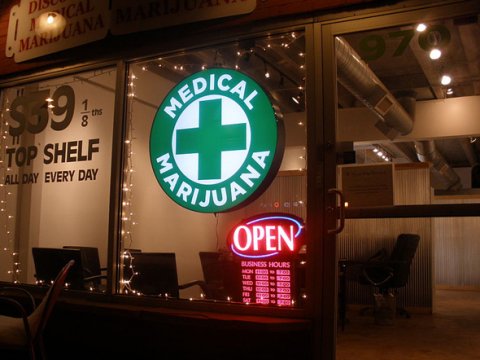 United Cannabis Corp (OTCMKTS:CNAB) is a stock that’s been ripping higher along with the rest of the marijuana space as nine states heading to their respective ballot boxes to contemplate further legalization of marijuana in just a few weeks. However, this one is a little more complicated, as we will see below. But first, let’s dig into the recent action and the Company at large.

Traders will note just under 180% added to share values of the stock over the past month of action, a rally that has pushed up against longer standing distributive pressure in the stock. However, CNAB has a track record that includes a number of dramatic bounces. Furthermore, the name has benefited from a jump in recent trading volume to the tune of nearly 500% above the average volume levels in play in this stock over the longer term. Traders should note this as important due to the relatively small float size in the stock (of 22M shares). As savvy traders are well aware, a restricted trading float and a jump in trading volume can crimp supply and push share prices higher.

It has strategic partnerships with WeedMD RX Inc.; Harborside Health Center; and Westside Enterprises, LLC. The company also has a production and placement agreement with Jason Emo and Emotek LLC; licensing and exclusive distribution agreement with DNA Holding, LLC; and consulting and licensing agreement with Marcus Richardson.

Find out when $CNAB reaches critical levels. Subscribe to OracleDispatch.com Right Now by entering your Email in the box below.

But, even with this advantageous superficial profile, investors recently became aware of a lot of recent insider sales. Over the past 30 days, the three principals of United Cannabis executed a number of transactions for the sale of stock held by them.

Commenting on the announcement, Earnest Blackmon, the Company’s CEO stated, “United Cannabis began largely as a research and development company, which has occasionally been a strain on our finances. That being said, we have been successful in developing a broad portfolio of products and intellectual properties, including our line of Prana Bio Medicinals, which are now generating revenue in dispensaries in California.”

Mr. Blackmon went on to say, “Rather than rely solely on investors for the funding of United Cannabis’ operations, Tony and I elected to liquidate a portion of our holdings and reinvest a portion of the proceeds in the Company so that we can take advantage of some of the opportunities we see in the market. We believe United Cannabis remains a sound investment and hope that our investors will feel the same.”

If you are thinking, “that seems like a bit of a circular argument,” then you’re right. Taking money out of the equity of a company to reinvest it in the Company isn’t going to increase the value of the Company. Surely, they will demand equity compensation for their reinvestment, landing them back with the same number of shares. But that will demand new share creation. So, it’s dilutive. They could have just created more shares and sold them on the open market.

However, this way, current shareholders will not know if they ever actually do put the money in the petty cash account. How will it be tracked?

Currently trading at a market capitalization of $20.8M, CNAB has virtually no cash on the books, alongside total assets just shy of $170K, which compares with an appreciable load ($1.01M) of total accumulated debt. It seems a little concerning that the top guys would pull the type of maneuver described above. And in worse times for the market space, we would expect such a signal in a stock with this type of poor balance sheet to be disastrous for a penny stock. But, in the end, this is a pot stock. And that gets us back to the original point: pot stocks are good! Right now, you can’t beat that logic. Find out when $CNAB reaches critical levels. Subscribe to OracleDispatch.com Right Now by entering your Email in the box below.