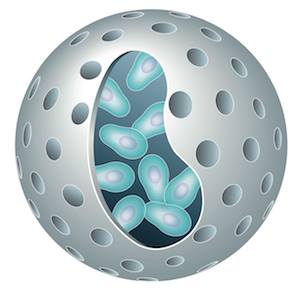 United Natural Foods Inc. (UNFI) shares are trading at lower $19.37 and the avg recommendation for the stock is Moderate Buy, while the current...
Read more

Pharmacyte Biotech Inc (OTCMKTS:PMCB) is a stock we looked at a few weeks ago. We liked it for a bounce at the time, but saw hurdles ahead. So far, the stock has seen 32% added to share prices over the past week of action alone, but this action is running counter to the larger trend. So, the question is: Should we see this as a Bottom or a Bounce?

Last time around, we noted that the PR side of the business was kicking into gear, and that they had clear exposure to the marijuana space. And we were pounding the table on absolutely everything on the planet that had exposure to that space a month ago. PMCB has evidenced sudden upward volatility on many prior occasions, and the past week has forged another good example.

As noted above, one clear bright spot is the Company’s medical marijuana segment. We just learned that the Company’s research on medical cannabis for brain cancer is being done at the University of Northern Colorado. UNCO has now obtained all of the necessary approvals and has now received research Cannabis to enable it to advance PharmaCyte’s program. This comes just in front of votes in 4 states in November, 2016 to potentially dramatically expand the market size available to that program in the future. However, once again, any type of revenues seem woefully far off on the horizon.

The process being used to develop cannabinoid-based treatments at the Company involves three basic steps.

First, suitable cannabinoid prodrugs or their precursors that are safe and possess few, if any, side effects must be identified. Second, a unique human cell line that manufactures an enzyme that “activates” the cannabinoid prodrug must be developed. This involves identification of the specific gene that encodes for the production of the enzyme and then “transfecting” or inserting the gene into human cells as was done for PharmaCyte’s pancreatic cancer therapy. Third, the engineered cells must be encapsulated utilizing the Cell-in-a-Box® technology. The product will then be ready for testing in various cancer cell lines, animal models and ultimately humans.

One thing we have learned over the years is that time and complexity are risk points discounted by price. It is clear that the Company did not adequately prepare the market for these risk points in all cases. That said, this Company is every bit as exposed to the potential massive upside that may result from legislative changes presenting an expanded sales footprint picture to cannabis-related plays.

Clearly Pharmacyte has learned some hard lessons, but the upside remains high for this Biotech micro-cap. Currently trading at a market capitalization of $34.8M, PMCB has a decent store ($2.34M) of cash on the books, with total assets a bit over $7.5M, which is balanced by an extremely limited amount of total accumulated debt. That’s a great balance sheet situation. The reservation we have here is the time frame for some kind of reportable organic growth. As we noted last time, this is a big leap of faith to take. The short term prospects may create continued ripping upside, but the larger time frame is clouded by a huge float and an apparently extreme bridge to cross before investors will see top line growth. It wouldn’t take much to shift that picture. If we see a new development that accomplishes that task, we will put it in front of you asap. For continuing coverage on $PMCB and our other hot stock picks, sign up for our free newsletter today and get our next hot stock pick!