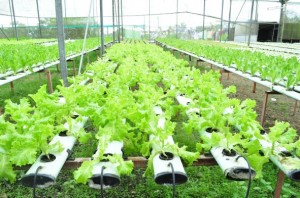 Terra Tech Corp (OTCMKTS:TRTC) is a penny play in the marijuana space that we last updated in late September as the stock was pulling back to test its 100-day simple moving average. We said we loved it there for a few reasons, with the main points being 1. our sense that the Company represents a very central brand in the space, and 2. our anticipation of strong sector-wide money flows into highly visible cannabis patch names.

You don’t get much more visible than TRTC. The Company’s CEO, Derek Peterson, is a man widely known as “The Public Spokesperson for Medical and Legalized Marijuana”. In addition, the Company had recently started expanding its growth in edible plants with a deal to a major national supermarket chain. We also noted the relatively unproblematic balance sheet. All of that continues to be in favor of the stock right now, even after its 32% rip out of our last update over the past 7 days, and we expect there is still plenty of room left to run.

It also operates as a retail seller of hydroponic produce, herbs, and floral products, which are distributed in the Midwest and the Northeast United States; and produces and sells a line of cannabis flowers and cigarettes, as well as a line of cannabis pure concentrates, including oils, waxes, shatters, and clears to dispensaries in California.

TRTC is a central brand in the cannabis complex as well as a general health and wellness producer of hydroponic goods. The stock has been on everyone’s radar of late, and there’s a good chance that will remain the case as we barrel ever closer to the spate of legislative steps approaching on the near horizon for the whole cannabis space.

As we noted in our last report, according to two independent polls in September, California is very likely to end up resolving to legalize marijuana for recreational purposes in about a month. According to Cowen & Co., that will likely end up instantly tripling the size of the legal cannabis market in the US, moving the needle from about the $6.5 billion into something closer to $20-23 Bln.

TRTC now commands a market cap of $158.9M after its recent rip. The balance sheet is still not out of whack, with a decent store ($1.67M) of cash on the books, alongside total assets approaching $67M, which compares with a manageable load ($2.19M) of total accumulated debt.

TRTC is already a market leader, making real money, with trailing revs already coming in at $15.44M. More impressively, this Company is starting to see major topline growth, with quarterly y/y revs increasing at 93%. This is coming ahead of any wider segment footprint expansion (ie, all the stocks in the cannabis patch are running right now as the legislative dynamic plays into an ‘expanding pie’ mentality, so each event that expands the scope of the legal end market implies a one-off boost to sales). As a result, shares of TRTC are showing a clear surge in interest, with volume over the last couple weeks tracking 32% above its longer-term average levels. For continuing coverage on $TRTC and our other hot stock picks, sign up for our free newsletter today and get our next hot stock pick!