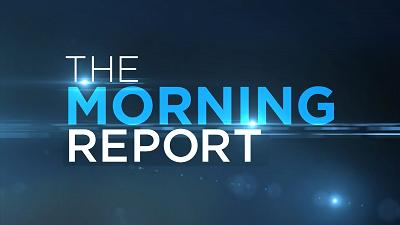 Innovus Pharmaceuticals Inc (OTCMKTS:INNV) shareholders are looking for an imminent FDA approval which would be a potential blockbuster for INNV. Shares of Innovus are currently trading in a range of $0.28-$0.31, could be headed higher on hopes that the U.S. FDA will soon grant approval for FlutiCare, the OTC version of the company’s bestselling prescription-based medicine for allergic and non-allergic rhinitis. Over a 52-week period, shares have traded as low as $0.03 and as high as $0.66. At a current share price of $0.292, the company has a stock market capitalization of $27.63 million.

The major catalyst for the company going forward is the FDA approval process for FlutiCare OTC, a process that could wrap up by the end of 2016. The drug is already available as a prescription-based pharmaceutical, and has already sold 177 million units in prescription form.

Innovus Pharmaceuticals Inc (OTCMKTS:INNV) has investors on the edge of their seats. What has them so excited about FlutiCare is that the non-prescription target market is huge – potentially as large as $1 billion. That’s because FlutiCare is a medicine for sufferers of the common medical condition known as “hay fever” and “stuffy nose.” The nearest competitor for FlutiCare would be the rival GlaxoSmithKline product, Flonase.

However, San Diego-based Innovus Pharmaceuticals is more than just an early stage biotech or pharmaceutical company with a single product in the approval pipeline. In fact, the company has five products already sold in the U.S., and six products sold in foreign markets (in a total of more than 60 countries, via a network of commercial partners). On top of that, the company has solid distribution for its core products via Walmart, Target, Walgreen’s and Drugstore.com.

Find out when $INNV reaches critical levels. Subscribe to OracleDispatch.com Right Now by entering your Email in the box below.

The company’s core products include Zestra (for female sexual dysfunction), EjectDelay (for male premature ejaculation), Sensum+ (for brain and cognitive health), Zestra Glide, Vesele, Androferti (for boosting male sexual fertility) including sperm health), and growth hormone products. Moreover, the company has two other products in the pipeline in addition to FlutiCare – Urocis XR and AndroVit (for male sexual health and prostate health).

Given the potential market opportunity for both FlutiCare and Zestra, some investors have concluded that the company shouldn’t really be a $30 million company – it should be a $250 million company. But getting from $30 million to $250 million is going to take a lot of work, and analysts are mixed on whether the company has enough cash on hand to take away market share from the big pharmaceutical companies. To get even a 10 percent market share in the allergic and non-allergic rhinitis market might take millions of dollars in order to take on GlaxoSmithKline.

Based on the company’s market ambitions, there are now signs the company may be ready to uplist to either the NYSE or NASDAQ. By doing so, it would be easier for the company to raise capital and take on the big pharmaceutical companies.

For now, investors are also keeping an eye on the company’s diversified portfolio of OTC brands, all of which are united around the idea of male or female sexual health and vitality. There’s a testosterone booster, a human growth agent, a female arousal supplement, a healthy brain supplement, a supplement to improve sperm quality and a premature ejaculation aid. The hope is that these core products can continue to throw off cash while the company ramps up efforts around FlutiCare and AndroVit.

Given that shares of INNV have traded as high as $0.66 over the past year, there’s hope that not all of the potential gains from the company’s innovative new products have been fully priced into the stock. If that is indeed the case, shares of INNV may have a lot more upside than investors first thought. For continuing coverage on $INNV and our other hot stock picks, sign up for our free newsletter today and get our next hot stock pick!