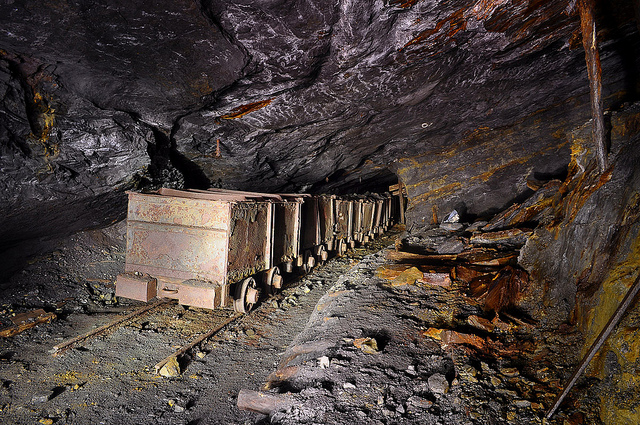 Anglo American plc (ADR) (OTCMKTS:NGLOY) is an old school industrial miner from way back in the day that’s trying to rebuild in the wake of the worst commodities bear market since the 1980’s. The stock has been powering higher along with the rest of the mining complex since the whole space made capitulatory lows following the Fed’s first rate hike in about a decade last December.

Recently, traders will note 17% piled on for shareholders of the name during the trailing month, and better than 300% so far in 2016. This is a major player based out of London that is a bell-weather for the metals and commodities world. The recent two-week acceleration we have seen off of the $5 level in mid-September reflects improving credit issues that suggest this is going to be one of the survivors in a world that has seen so many old school commodity plays go the way of the dodo in the past year.

Anglo American plc was founded in 1917 and is headquartered in London, the United Kingdom.

Find out when $NGLOY reaches critical levels. Subscribe to OracleDispatch.com Right Now by entering your Email in the box below.

NGLOY is a company whose fate is purely linked to the performance of commodity markets. Since the Fall of 2014, commodity markets around the world have been locked into a massive and once-in-a-generation bear market that has only finally begun to heal this year following the capitulatory “puke” seen in December, January, and February, just months ago.

The catalyst for the rebound appears to have had its roots in the stunting of credit flow from banks to resource plays beginning with Fall redeterminations, several months earlier, which forced a further crimping of supply across the commodities complex. That combined with a massive cleansing of speculative positioning in financial assets like futures contracts associated with major commodities markets. That pairing created the necessary purge to force many producers to shut their doors.

The balance sheet for NGLOY is the important piece of the puzzle. This was a truly distressed name in 2015 along with those who did not survive and the credit agencies let them know about it. Many analysts and investors likely assumed the company was heading for a Chapter 11.

As is the case for many physical commodities plays, the balance sheet is being healed by divestment.

In this case, the company shed assets of $1.5 billion cash in niobium and phosphate assets in 2016. That said, we also saw a step up in FCF generation, supported by cuts in costs and capex, cancellation of dividends and the one-off release of working capital principally by the company’s diamond operations this year. We also see a return to positive FCF generation in 2016, should continue to support the company’s credit profile during the transition phase. Moody’s expects the company to generate free cash flow in excess of $1 billion on the back of cost and dividend cuts, reduced capex and release of working capital.

Currently trading at a market capitalization of $18.2 bln, NGLOY has a significant war chest ($5.76B) of cash on the books, alongside total assets greater than $3.1M, which stands against a mountain of ($15.94B) of total accumulated debt. But trends have massively improved and this Company has executed for a few months short of a century at this point. It strongly appears it has escaped a dark fate this time around and will now go back to making its way in the world until the next commodities bear market, whenever that comes along. For continuing coverage on $NGLOY and our other hot stock picks, sign up for our free newsletter today and get our next hot stock pick!