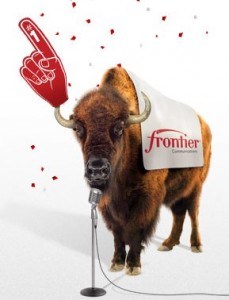 Eni S.p.A. (E) shares are trading at lower $14.88 and the avg recommendation for the stock is Moderate Buy, while the current analyst price...
Read more
Sector News

Rio Tinto Group (NYSE:RIO) on the Path to Profitability

Rio Tinto Group (RIO) shares are trading at higher $60.22 and the avg recommendation for the stock is Strong Buy, while the current analyst...
Read more
Sector News

Gogo Inc. (GOGO) shares are trading at lower $9.70 and the avg recommendation for the stock is Moderate Buy, while the current analyst price...
Read more
Sector News

Equinor ASA (EQNR) shares are trading at lower $14.10 and the avg recommendation for the stock is Strong Buy, while the current analyst price...
Read more

Frontier Communications Corp (NASDAQ:FTR) stock has been correcting sharply to the downside as new regulations mandating reductions in rates that local exchange carriers charge for the use of their network infrastructure are put in place by the FCC. On Friday, the stock reacted to the upside as the Company revealed some elements of a fact sheet received from the FCC, and investors saw a potential light at the end of the tunnel.

We witnessed a positive week in the stock last week for the first time in a while. The bounce came at clearly established support just under the $4/share level, last tested in January as the Nasdaq carved out its own lows for the year. The telecom space is a tough one for investors because so much of the fate of a company like this will come down to regulatory activity, which is notoriously opaque to outside analysis seeking an anticipatory edge.

Frontier Communications Corp (NASDAQ:FTR) bills itself as a company that provides regulated and unregulated voice, data, and video services to residential, business, and wholesale customers in the United States.

FTR made some big news earlier this year. It was a bit of a shock to many when Frontier announced that starting in April, “that customers can expect a smooth transition to Frontier during the acquisition of Verizon’s wireline operations, including FiOS, in CA, TX, & FL.”

The Verizon transition was anything but smooth for many customers, including the valued business segment. Further adding stress to investor sentiment, was the fact that many wireline customers began to jump ship, and take their business elsewhere.

Find out when $FTR reaches critical levels. Subscribe to OracleDispatch.com Right Now by entering your Email in the box below.

FTR is a Fortune 500 company and a leader in providing communications services to urban, suburban, and rural communities in 29 states. Frontier offers a variety of services to residential customers over its fiber-optic and copper networks, including video, high-speed internet, advanced voice, and Frontier Secure digital protection solutions. Frontier Business Edge offers communications solutions to small, medium, and enterprise businesses.

As noted above, FTR jumped 6% after the telecom company responded to the FCC fact sheet regarding potential regulation of the Company’s data services.

FTR’s President and CEO Dan McCarthy has some choice words in a press release out on Friday morning:

“Today the FCC released a Fact Sheet outlining the framework of a proposed Order regarding Business Data Services (BDS) regulation. The Fact Sheet provides clarification regarding proposed reductions in the TDM BDS rates charged by Incumbent Local Exchange Carriers to companies seeking access to their infrastructure and clarifies that Ethernet products and services will not be regulated. In addition, the Fact Sheet clarifies that the FCC does not propose to disrupt existing contracts.

“While the Fact Sheet indicates less severe rate reductions than proposed by Verizon/INCOMPAS, Frontier continues to oppose these rigid rate changes mandated for all carriers without regard to the resulting impact on smaller price-cap carriers. Frontier projects that these reductions, if implemented on July 1, 2017, would have a revenue impact of approximately $10 million in 2017 and $20 million in 2018 and 2019, with subsequent annual impacts declining.

“As we have previously stated to the FCC, we intend to mitigate the potential effect of all rate reductions with incremental reductions in our expenses.”

Currently trading at a market capitalization of $4.96 Bln, FTR has a significant war chest ($683M) of cash on the books, alongside total assets above $29 bln, which compares with an appreciable load ($17.97B) of total accumulated debt. As noted at the outset, how this works out will come down to backroom conversations not accessible to analysis. But it generally isn’t a great principle to put capital at risk when your trading outcome is down solely to the whims of bureaucrats and legislators. For continuing coverage on $FTR and our other hot stock picks, sign up for our free newsletter today and get our next hot stock pick!