Music of Your Life Inc (OTCMKTS:MYLI) Double Down Strategy 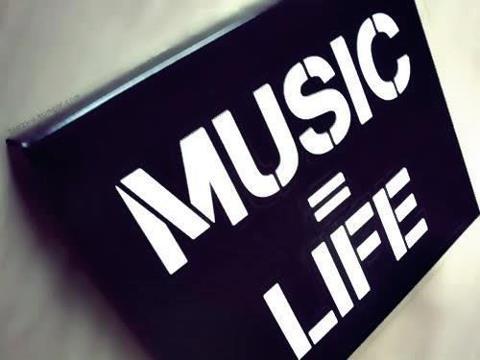 Gene Daniel
Music of Your Life Inc (OTCMKTS:MYLI) is looking for a new way to make money by selling music. Shares of Music of Your Life Inc (OTCMKTS:MYLI), currently trading at $0.0005, are seeing increased trading activity as the market tries to figure out if the company has actually found a way to generate significant revenue streams. Over a 52-week period, shares have traded as low as $0.00 and as high as $0.10. The company has a current market capitalization of $143k.

There are two ways that Las Vegas-based MYLI is hoping to turn around a very troubled financial situation. The first way is to double-down on its cruise strategy, which involves music-themed cruises in partnership with major cruise lines such as Princess. This business began more than 15 years ago, as MYLI booked famous musical acts on cruises around the world.

Music of Your Life Inc (OTCMKTS:MYLI) second route, though, is the one that’s really attracting investor attention: a new monthly subscription service for streaming music over the Internet. On October 7, the company signed up a new executive, Craig Lambert, to head up the monthly subscription service. The goal is to leverage partnerships within the music and film world to convince celebrities to host their own radio shows on the MYLI network. This is really a giant bet on a significant consumer trend: the consumer embrace of subscription-based streaming services like Spotify, Beats Music (now known as Apple Music) or Tidal.

MYLI, as might be expected, projects that this subscription-based music service is going to be a massive new revenue stream. In June 2016, the company projected that it might lead to $82 million in revenue over the next five years. The business would be built on top of the company’s existing iRadio Internet platform for streaming music over the Internet. So all that would be required is to place a subscription gate around this service and convince enough consumers to sign up.

Find out when $MYLI reaches critical levels. Subscribe to OracleDispatch.com Right Now by entering your Email in the box below.

MYLI has been broadcasting music since 1978, making it the longest-running syndicated radio company in the world, The company has been sending out live radio programming – classic rock, jazz, country, classic hits – 24/7, and then syndicating this programming out to AM, FM and HD radio stations around the country.

With the rise in popularity of listening to music over the Internet rather than over the radio, though, MYLI has struggled to find a business model that works. In addition to its iRadio platform, for example, the company has been selling CD box sets of music using infomercials on late-night TV. That obviously wasn’t the answer to the company’s growth problems, so now MYLI is betting on the fact that it can transform into a high-growth, digital, subscriber-based radio service as early as December 2016.

However, there are serious concerns about the company’s financial condition, in the form of limited cash on hand, huge financial losses, and mounting debt liabilities in the form of convertible notes. The combination of these financial factors is putting significant pressure on the company to turn things around quickly.

While building a subscription-based music service overnight is challenging, MYLI says that is has a number of A-list celebrities and musicians – including Madonna, Sammy Hagar and Keith Urban – who may be ready to host their own radio stations. If MYLI is able to sign up just a fraction of the artists that it says it can, the company may be worth a second look by investors. However, since June, the company’s stock price has not traded above $0.013, making it uncertain how much higher the stock can go until the revenue and profitability picture get sorted out by MYLI. For continuing coverage on $MYLI and our other hot stock picks, sign up for our free newsletter today and get our next hot stock pick!