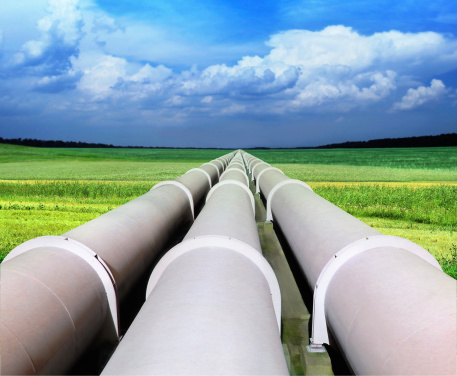 Ultra Petroleum Corp. (OTCMKTS:UPLMQ) has continued to defy gravity and power higher along with the energy sector, further confirming our bullish prognostications from last month. We noted last time that this was a relatively unique situation in that the debt was not backed by collateral. That story is picking up more momentum lately as traders and investor start to recognize the unique situation here.

Basically, lenders at major banks were so eager to lend to big integrated oil producers back in 2011 and 2012 that the loans were not tethered to the company’s assets. That fact, combined with the recent rejuvenation in the price of oil following OPEC’s watered down production freeze “agreement plan” announced in late September has shares of UPLMQ charging upward.

We covered this stock in depth twice over the past 6 weeks, in each case noting that it looked like “an example of everything that’s right about the process of bankruptcy, reorganization, and restructuring”.

The key factor here that really creates the extra positive energy underlying shares, however, is not the bullish picture the company has managed to create in bankruptcy court by taking strategic advantage of the rules of the game.

While the company’s equity side has been very successful at that game, they have also received a ton of help from Crude Oil and Nat Gas futures of late. Crude Oil is up as much as 12% in the past 10 days, and Nat Gas has moved just about as far, reaching new 18-month highs on Friday of last week.

With OPEC’s decision in late September to freeze or cut production among member states as an agreement to be borne out in its scheduled November meeting, the idea that UPLMQ may be able to charge out of this restructuring process without sacrificing its common shares – which are lowest on the totem pole under any conceivable circumstances – has been rapidly picking up steam.

At the behest of shareholders’ pressure it would appear, management hinted that it will use its procedural control to extend the restructuring process. That is expected to buy the equity side an additional six months as management prepares a plan of restructuring. That would push things forward to next Spring. For debtholders who want this resolved, that means their only route would be to strike a preemptive deal with equity holders.

As we noted last time, this all comes down to expectations about the value of extant reserves and assets, which is largely going to be a product of commodity market trends going forward.

Hence, putting the PV10 estimate up around $8 bln suggests current equity holders may be able to wriggle out of this restructuring with their shares fully intact. As a consequence, the stock has been trading with the gusto of a Company now assumed to make a full turnaround recovery.

The model that founds the market’s current faith in future shareholder returns for UPLMQ depends on natural gas at $3.00/MMBtu for 2017 and $3.25/MMBtu for 2018 and $3.50/MMBtu beyond that, as an average. For crude oil, the Company’s Base Case assumes the price pushing above $50 bbl in 2017 and gradually trending higher from there to $70 bbl in 2020. As noted above, we are already seeing numbers that support that model. But clearly, shareholders could be vulnerable on a chasing basis if that picture changes.  For continuing coverage on $UPLMQ and our other hot stock picks, sign up for our free newsletter today and get our next hot stock pick!