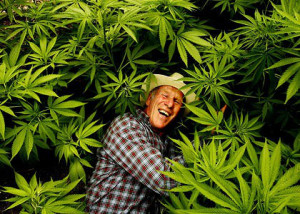 Greengro Technologies Inc (OTCMKTS:GRNH) has been powering higher along with the rest of the cannabis patch as investors and traders look forward to a possible tripling of the market footprint in the marijuana space when voters hit the ballot boxes around the US on November 8.

This is a general catalyst that we have been harping on just about every day lately. You can’t fade this group given the expanding pie we are likely to see in a month. And shares of GRNH stock are truly a central play in that space for traders. That said, a little sanity is important here as well: This is a company displaying declining revenues (negative growth) from a low base. Recent action has seen nearly 110% added to share values of the name over the past month of action. This is emblematic of the stock. GRNH stock traders have benefited numerous times in the past from sudden massive rips in price.

GreenGro Technologies, Inc. offers its products to consumers and industrial cultivators through its Website. It has a strategic alliance with Solaris Power Cells. The company, formerly known as Authoriszor, Inc., was founded in the 1996 and is based in Westminster, California.

Find out when $GRNH stock reaches critical levels. Subscribe to OracleDispatch.com Right Now by entering your Email in the box below.

This company is very similar to several others we have covered recently. It’s based around the age-old concept best exemplified by Mark Twain’s old quip, “During the gold rush it’s a good time to be in the pick and shovel business”.

But one key issue facing a company like this is convincing prospective “gold miners” (in this case, marijuana cultivators) that they have the best system and equipment for maximizing results.

Enter the 3-tier model for GRNH stock traders to consider.

This is an execution model. And how it goes over the near terms will largely define the outcome distribution for GRNH.

End user customers for this franchise program include companies in the field of leafy green produce production and distribution, e.g., lettuce producers and processors.

“Our franchise program benefits facility owners by ensuring consistent production and profitability,” said James Haas, CEO of Greengro Technologies, Inc. “We provide a state-of-the-art grow environment and the franchise is offered with a purchase order to acquire the entirety of the produce that a facility harvests.”

1) BP Gardens Glass Greenhouse Franchise – The Glass Greenhouse offering includes a turnkey two-acre facility designed to produce up to nine million heads of lettuce per year. With an estimated per-head value of $.75, potential revenues from the production of lettuce alone could be significant. This franchise is offered with a purchase order to acquire the entirety of the produce that facility harvests.

2) Cannabis Ventures Inc Glass Greenhouse Franchise / Cannabis Sector – The secondary tier is the set-up of the company’s signature Glass Greenhouses for the cultivation of Medical Marijuana. According to a recent article on Forbes.com, Legal adult recreational marijuana sales topped $998 million in 2015 compared to $351 million in 2014 — growing 184 percent year-over-year. If the operation can generate nine million heads of lettuce, the production of a comparable amount of cannabis is expected to be a game-changer, not only for the grower but for the thriving local retail market. With loosening legislation, production demands are increasing and like Tier 1, purchase orders accompany this franchise opportunity.

Earning a current market cap value of $11.7 mln, GRNH stock trades in representation of a company with very little cash on the books, in a pool of total assets exceeding $2.1M, which must be weighed relative to an appreciable load ($171.54k) of total accumulated debt. As noted above, these guys sell picks and shovels in the gold rush. They are well-placed for success, but as of yet displaying negative sales growth. We see a major catalyst just ahead for this company and will be sure to update again soon. For continuing coverage on shares of $GRNH stock, as well as our other hot stock picks, sign up for our free newsletter today and get our next hot stock pick!