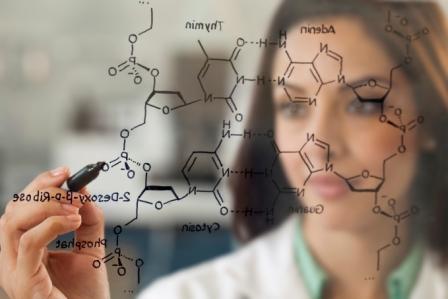 Great Basin Scientific Inc (NASDAQ:GBSN) shares will now be traded on the OTC markets due to a de-listing letter from NASDAQ. That has led to increasing trading speculation about what’s next for the company, which has had a turbulent trading history ever since the company launched its IPO in 2014. The company currently has a market capitalization of just $918k and zero percent institutional ownership.

Great Basin Scientific Inc (NASDAQ:GBSN) strategy is very clear to veteran traders. It’s hard not to see this rapid-fire chain of reverse stock splits as a sign of financial weakness at the company. And that has led to enormous short interest speculation in the company. During that same time period as all the reverse stock splits, short interest in the company increased from 100,000 to 4,200,000. That massive short position is a potential red flag that traders see the stock headed even lower, with some even speculating that the company may not have much more time to survive as a business entity.

Find out when $GBSN reaches critical levels. Subscribe to OracleDispatch.com Right Now by entering your Email in the box below.

All of this concern about the company’s financial condition, of course, obscures the bigger picture of why investors were initially so bullish on the company when it first went public back in 2014. Great Basin Scientific is a molecular diagnostic testing company that develops and commercializes a molecular diagnostic platform designed to test for infectious disease, especially hospital-acquired infections. The company’s core target market is small- to medium-sized hospitals.

Among the products in late stage development are a pre-surgical nasal screen for Staphylococcus aureus (SA), a food-borne pathogen panel, and a test for pertussis. The company has 134 employees in Salt Lake City who are working on these molecular diagnostic test platforms.

From a technical trading perspective, it’s almost impossible to use conventional trading indicators for a sense of direction where the stock could be headed. After all, the company’s stock price has been all over the board within just the past 12 months. Now it’s trading around a nickle. As of September 14, the company’s stock price had been diluted 36,840 percent since the IPO in 2014.

The next big test for Great Basin Scientific comes now as the company starts trading on the OTCQB. This will be a chance for management to regain the trust of investors and refocus their time and energy on growing the business rather than engineering a chain succession of reverse stock splits. Without all the pressure of getting the stock price up to $1, the company can re-think the core molecular diagnostics business and build out its sales distribution channels.

Another big catalyst for Great Basin Scientific will be the release of Q3 2016 earnings on November 14. Investors will be looking for a number of different factors. First and foremost, they will want to see signs that the company is using its new $75 million funding for more than just subsidizing losses in the core business. Secondly, they will want to see an improved revenue and profitability outlook for the company, possibly as the result of new deals signed with small- and medium-sized hospitals.

Finally, they will be looking for improved clarity from the company’s management about the future of the company’s molecular diagnostics business. Obviously, there is a huge potential market for tests for hospital-acquired infections, especially given all the media attention around this issue. The key factor, though, is whether Great Basin Scientific is in good enough financial condition and a strong enough management team to bring those strategic plans to fruition. For continuing coverage on $GBSN and our other hot stock picks, sign up for our free newsletter today and get our next hot stock pick!