The Rise of Marijuana Company Of America Inc (OTCMKTS:MCOA) 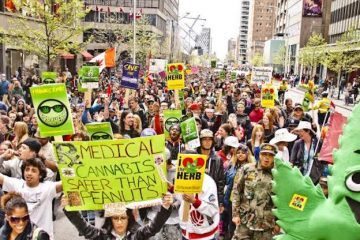 Marijuana Company Of America Inc (OTCMKTS:MCOA) has been advancing nicely, boosted by reports of the company’s pre-launch of its new HempSMART Brain product, a hemp derived CBD product to ostensibly support brain function. That said, in a vacuum, it is unlikely that a limited pre-launch from a company without prior execution and product shipment would not be worth 200% in gains. Such are the times we live in.

The marijuana space, as most OTC traders are well aware, has been on fire, with many names moving 100-500% higher in recent action in a move reminiscent of the Green Rush of early 2014. And it’s awfully hard to argue with the action, overall. The marijuana-related space is caught up in a massive growth boom driven by a qualitative shift in legislative bearing. For shares of MCOA stock, this has likely massively aided gains. All told, the MCOA stock chart shows 240% piled on for shareholders over just the past 30 days on a move sponsored by a jump in recent trading volume to the tune of nearly 630% beyond its prior sustained average volume levels.

Marijuana Company Of America Inc (OTCMKTS:MCOA) trumpets itself as a company that operates as a marijuana marketing and distribution company. It intends to distribute a range of marijuana, CBD, and related products in the United States and internationally.

According to the Company’s press materials, “MCOA plans to distribute marijuana and products related to marijuana as well as CBD and hemp, using a variety of marketing approaches to distribute on a global basis.”

Find out when MCOA stock reaches critical levels. Subscribe to OracleDispatch.com Right Now by entering your Email in the box below.

As the Company bills itself in a manner that suggests a diversified future involvement that may well include cultivation, sales, and equipment, packaging, marketing, advisory and other services with respect to not just CBDs, but psychoactive marijuana as well, traders have lumped it in with the at-large cannabis patch, to great effect on MCOA stock price levels.

To get a sense of the scale of the process underway, the Atlantic recently published a piece capturing the situation thus:

“On November 8, you can safely say we’ve reached the tipping point if these go our way,” said Tom Angell, founder of the group Marijuana Majority. The most important battleground is California, where advocates expect voters to approve personal use of pot six years after they defeated a similar measure. Support for Proposition 64 is polling at nearly 60 percent, and the measure has drawn support from leading politicians and newspapers that opposed it in 2010, including Democratic Lieutenant Governor Gavin Newsom. The leading candidate for California’s open Senate seat, Kamala Harris, predicted Wednesday that voters would approve the law, although as the state’s attorney general she can’t formally take a position.”

We have been saying similar things for the past several months and can find no fault with this analysis. For shareholders of MCOA stock, the recent news of the company’s prelaunch of the hempSMART Brain product represents a major statement about its commitment to address the increase in neurologic and neurodegenerative challenges that have prompted a surge in scientific research on prevention and/or reversal of brain and nervous system pathology.

That said, we cannot vouch for its in-the-field efficacy. But that’s beside the point. This is a sector-based momentum move on a macro catalyst, if ever there was one.

Moreover, a variety of natural products have been shown, in clinical trials, to improve neurological and cognitive function and there has been a surge of products being marketed to improve brain function. While the efficacy of some of these blends has been impressive, many utilize trace amounts of therapeutic ingredients, inadequate for any clinical effect.

“HempSMART Brain is unique in that it utilizes a synergistic blend of natural neuroprotective and neuroregenerative compounds, all in clinically researched and verified therapeutic amounts. The Core Ingredients for this product are CBD, Astaxanthin, Phosphoryl Choline and Phosphatidyl Serine. Together, these ingredients promote and support brain function and neurogenesis. Additional natural compounds compliment the synergistic effects of the core ingredients.

Now commanding a market cap of $16M, MCOA has no cash and no revenues on the books against an appreciable load ($248k) of total accumulated debt. This marks the stock out as one to watch closely for potential short squeezes on future headlines. In other words, there are no sales on the books yet, and the balance sheet isn’t in great shape, making it seem like a weaker member of the herd. But it is often just such an animal that runs the fastest when the stampede is on. It looks to us like a momentum play, but you can likely find better vehicles if you are looking to truly invest in the future of the marijuana space in America. If this changes, we will be the first to let you know. For continuing coverage on shares of $MCOA stock, as well as our other hot stock picks, sign up for our free newsletter today and get our next hot stock pick!