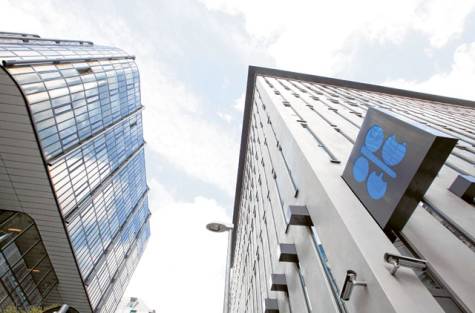 Atlas Energy Group LLC (OTCMKTS:ATLS) is a stock that’s been powering in an uptrend as traders digest the impact of the changing landscape of both the company’s capitalization table and the environment for energy producers in the US.

Traders will note a bit less than 170% added to share values of the listing over the past month of action. The situation may be worth watching. Shares of ATLS stock have evidenced sudden upward volatility on many prior occasions. Furthermore, the stock has seen an influx in interest of late, with the stock’s recent average trading volume running just shy of 160% beyond its prior sustained average level Traders should note this as important given the stock’s tight trading float of less than 21M shares. As savvy traders are well aware, ramping trading activity can overwhelm available supply in a stock with this type of small float, leading to an upward burst in prices.

Atlas Energy Group LLC (OTCMKTS:ATLS) bills itself as a company that develops and produces natural gas, crude oil, and natural gas liquids in the United States. It operates through three segments: ARP, New Atlas, and Corporate and Other.

It also holds interests in the natural gas assets in the Arkoma Basin; Marcellus Shale assets in the Appalachia Basin; Eagle Ford Shale assets in southern Texas; Rangely field in northwest Colorado; Mississippi Lime and Hunton plays in northwestern Oklahoma; and other operating areas, including the Chattanooga Shale in northeastern Tennessee, the New Albany Shale in southwestern Indiana and the Niobrara Shale in northeastern Colorado.

In addition, the company focuses on investing in master limited partnership-qualifying businesses and assets. As of December 31, 2015, its estimated proved reserves comprised 921 billion cubic feet equivalent.

Atlas Energy Group, LLC was founded in 2011 and is based in Pittsburgh, Pennsylvania.

Find out when $ATLS stock reaches critical levels. Subscribe to OracleDispatch.com Right Now by entering your Email in the box below.

For investors and analysts, tearing apart the complexity now inherent in the financial entity that is known as Atlas Energy Group is a terribly daunting task. Seemingly every day, the overall level of complexity of this entity increases qualitatively, with new liens, new binding agreements, new operational associations, new twists and turns, and occasionally, new scandals.

Somewhere back in perhaps June, the structure jumped the shark as far as we’re concerned. And the company’s latest 8K, out on Wednesday of this week, only adds insult to injury.

The document begins with: “On October 6, 2016, Atlas Energy Group, LLC (“ATLS”), together with New Atlas Holdings, LLC, Atlas Lightfoot, LLC and Titan Energy Management, LLC, entered into a Fourth Amendment to Credit Agreement (the “First Lien Amendment”) with Riverstone Credit Partners, L.P., as administrative agent (“Riverstone”), and the lenders (the “Lenders”) from time to time party thereto,.” And then builds in organizational complexity from there.

This is par for the course for the top man at the firm, one Edward E. Cohen. As Bloomberg tells the tale:

“Over the years, Cohen demonstrated an ability to raise money, often with the promise of tax-friendly vehicles such as master-limited partnerships. Between 1985 and 2011, Cohen’s energy businesses sponsored 22 public and 39 private partnerships and raised more than $2 billion from wealthy individuals, according to a 2011 interview with trade publication Oil and Gas Investor.

‘Ed’s a pretty persuasive guy,’ said Rob Thummel, managing director and portfolio manager at Tortoise Capital Advisors LLC in Leawood, Kansas. ‘The Cohens were the patriarchs of this complicated MLP structure, with multiple entities. They were one of the more complicated stories to follow.

Cohen, 77, is comfortable with complexity. After obtaining a Ph.D. in ancient history from Princeton University and a law degree from the University of Pennsylvania in the 1960s, he and his wife, Betsy, began investing in and creating companies in industries as diverse as energy, finance and real estate.”

In other words, this is a familiar path. Our note to prospective investors is merely cautionary: when a guy like this has his back against a wall, and complexity swells as a result, it is often a source of trouble down the road. That said, energy commodities are back in mojo mode at present and may place this company on a rising tide for the time being.

Currently trading at a market capitalization of $41.4M, ATLS has a significant war chest ($43.50M) of cash on the books, along with total assets just under $1.7 Bln, which stands against an appreciable load ($1.63B) of total accumulated debt. As noted, the company is on a rising tide at present, with TTM revs clocking at just shy of $340 mln. But we see an immense amount of icing, sprinkles, syrup, nuts, fruit, and whip cream on this sundae right now, with more being added by the day. We prefer to see clear evidence of ice cream. We will update this extremely intriguing story very soon. For continuing coverage on shares of $ATLS, as well as our other hot stock picks, sign up for our free newsletter today and get our next hot stock pick!