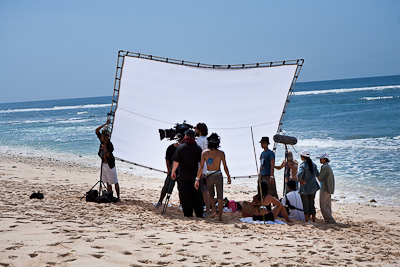 NRG Energy Inc. (NRG) shares are trading at lower $32.53 and the avg recommendation for the stock is Strong Buy, while the current analyst...
Read more
Opinion

Brandywine Realty Trust (BDN) shares are trading at lower $9.82 and the avg recommendation for the stock is Hold, while the current analyst price...
Read more
Opinion

Duke Energy Corporation (NYSE:DUK) on the Path to Profitability

Duke Energy Corporation (DUK) shares are trading at higher $92.51 and the avg recommendation for the stock is Moderate Buy, while the current analyst...
Read more
Opinion

CME Group Inc. (CME) shares are trading at higher $164.59 and the avg recommendation for the stock is Moderate Buy, while the current analyst...
Read more

Bridgegate Pictures Corp (OTCMKTS:BBGP) is a relatively quiet stock that’s starting to make some noise. Shares are now moving rather aggressively higher following the announcement of an apparent major deal that can put the firm on the map in the movie production space. That said, there are more questions than answers here, and a lack of consistent information that makes clear analysis quite difficult.

For example, the market cap of this company is either $1 mln, $274 mln, or $9.6 bln depending on whether you trust eSignal, OTCmarkets.com, or the company’s own website. Given cash on hand of a mere several hundred dollars, no sales ever, a total salary base for the entire company of under $50k, and total assets of just over a million, the first number is the only one that makes sense. But OTCmarkets is rarely wrong, and the company should certainly not be off by billions of dollars when reporting the total worth of itself on the open market in its own public materials. In the end, we’re going to go with the very, very surprising number: $279 mln. This is based on the number of outstanding shares reported in the company’s last annual report this summer multiplied by the current per-share closing price.

The company engages in the development, financing and production of media products including feature films for worldwide distribution in the theatrical, broadcast and digital markets.

Bridgegate specializes in commercial driven independent films that are star driven and have worldwide appeal.

Find out when BBGP stock reaches critical levels. Subscribe to OracleDispatch.com Right Now by entering your Email in the box below.

The only news that has been released since this became Bridgegate Pictures is news of a six motion picture partnership deal between BBGP, Minds Eye Entertainment, and VMI Worldwide.

Together, the companies have financed and green lit a six-picture production slate of sci-fi, action and thriller films. Minds Eye Entertainment will distribute the films in North America, while VMI Worldwide will distribute the titles internationally. The six films will also be shot for the new Barco Escape three-screen, panoramic theatrical format, which fully surrounds audiences and offers the ultimate immersive cinema experience. Portions of the films will also be shot in Virtual Reality through SkyVR.

Kevin Dewalt, CEO of Minds Eye Entertainment, made the announcement at the 69th Cannes International Film Festival and is already in production on the first film.

“Minds Eye Entertainment’s strength has always been to deliver exceptional production value with a talented cast at managed costs,” said Dewalt. “It’s a natural progression for us to now finance and produce multiple pictures concurrently to manage budgets wisely without sacrificing first class crews and talented art departments across six films. We are delighted to partner with VMI led by Andre Relis and Bridgegate Pictures’ on this new venture.”

The six-picture slate will be produced by Kevin Dewalt and Danielle Masters and will be executive produced by Guy Griffithe, Isabella Ragona , Andre Relis and Frank White .

“We are honored to start this collaboration with such a prolific, accomplished producer as Kevin Dewalt,” said Andre Relis, president of VMI Worldwide. “We believe this partnership with Kevin, who has a proven track record working with respectable talent in a variety of commercial and independent films, will only strengthen VMI’s continued growth, while delivering attractive, talent-driven projects to the international marketplace. We are confident this partnership with Minds Eye Entertainment will bring great success to both companies.”

“We are excited to have Minds Eye Entertainment on board for this new slate of movies that will be created and distributed in Barco Escape,” says Barco Escape Chief Creative Officer Ted Schilowitz. “These films join our fast-growing slate of movies that will release in the new format, as filmmakers continue to explore the creative boundaries of the cinema experience through Barco Escape. We’re looking forward to bringing our exhibitor partners the kind of SciFi, action adventure, and suspense movies through Minds Eye that we believe are a perfect fit for Escape and will appeal to audiences worldwide.”

At this time, carrying a reported capital value in the market of $275M, BBGP has almost no cash on the books, in a pool of total assets of nearly $1.3M, which compares with almost no total accumulated debt. There is the issue of this being currently valued at a quarter billion dollars (apparently) with no sales, no assets, and no historical success. That’s quite a problem. In addition, the movie industry is a fickle play ground, historically the hardest part is getting in place the financial backing to put out a decent sample size. Success can happen provided talent has a chance to succeed. This might be an interesting story to keep a close eye on going forward. For continuing coverage on shares of $BBGP, as well as our other hot stock picks, sign up for our free newsletter today and get our next hot stock pick!

Casella Waste Systems Inc. (CWST) shares are trading at lower $57.00 and the avg recommendation for the stock is Strong Buy, while the current...
Read more
Opinion

Canadian National Railway Company (CNI) shares are trading at lower $104.98 and the avg recommendation for the stock is Moderate Buy, while the current...
Read more
Investing

Redwood Trust Inc. (RWT) shares are trading at higher $8.19 and the avg recommendation for the stock is Moderate Buy, while the current analyst...
Read more
ORACLEDISPATCH