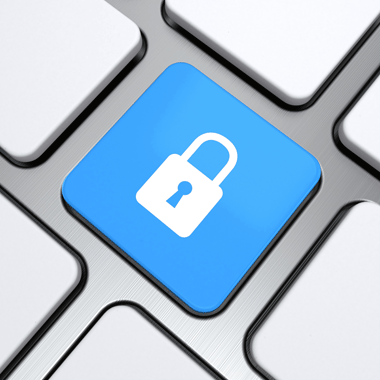 NeoGenomics Inc. (NEO) shares are trading at lower $41.25 and the avg recommendation for the stock is Strong Buy, while the current analyst price...
Read more
Opinion

Is Now the Time to Invest in Entergy Corporation (NYSE:ETR)?

Entergy Corporation (ETR) shares are trading at lower $107.56 and the avg recommendation for the stock is Moderate Buy, while the current analyst price...
Read more
Opinion

Brown & Brown Inc. (BRO) shares are trading at lower $45.22 and the avg recommendation for the stock is Moderate Buy, while the current...
Read more
Opinion

Novo Nordisk A/S (NYSE:NVO) on the Path to Ruin

Novo Nordisk A/S (NVO) shares are trading at lower $67.95 and the avg recommendation for the stock is Hold, while the current analyst price...
Read more

Strikeforce Technologies Inc (OTCMKTS:SFOR) has been running up the charts helped along by recent news out of the company, along with strong speculation that certain past announced partnerships will bear jumbo fruit and new big announcements are on the way.

Traders will note nearly 200% tacked on to share pricing for the company in the past month, with much of it coming on Thursday. Market participants may want to pay attention to this stock. SFOR has evidenced sudden upward volatility on many prior occasions. Furthermore, the stock has seen interest climb, with an increase in recent trading volume of well over 10,000% beyond its prior sustained average level. The stock is ramping and volume is rising on the way – that’s the right recipe for big things to happen.

As announced in the company’s prior materials, SFOR technology is being incorporated into Microsoft’s Azure cloud security platform.

There are some real growth possibilities. That said, the company has a well-established history of abusing shareholders with reverse splits and convertible dilution. We have seen years of this. That is not a condemnation. It’s just an observation.

As we noted in our last update, vestiges of a prior bid/ask spread now appear $10k wide on the chart if you scroll back a couple years. All told, the float is now reported in the billions. The CEO is a former JPM hot shot, and financial engineering is likely in the veins of SFOR through and through.

That said, as we also noted in our last update; the stock is also rising because the Company shows real promise. As a spec ticket, you could do far worse. If the new war of industry is being waged in cybersecurity terms, then SFOR has the potential to become one of its generals.

As far as recent catalysts, the company just announced today the launch of its new video blog: Online Security – What You Need to Know … . The weekly series focuses on must-watch topics in personal and small business cyber security.

“Hackers typically go after companies that have large user databases,” explains George. “Once they steal those databases, the thieves go after the users themselves. They also sell the databases to other hackers.” The video describes the surprising way hackers use what they steal to gain access to computers and mobile devices, and rob even more of users’ financial and personal information.

In future entries, experts in technology, banking and finance, consumer products and other industries will join George to discuss cyber threats in simple terms and provide tips for staying safe online. “Coming up, we’ll look into what you need to know when buying a new smartphone; what you’re risking if you think anti-virus has your devices covered; and how your frequent flier miles might open the door to hackers, just to name few topics,” says StrikeForce CEO Mark L. Kay. “We’re excited to provide this important information in a way people can engage with it easily, and understand it quickly.”

Investors should also take note that this company is starting to show proof in the pudding. SFOR is making real money, with trailing revs already coming in at $336.42k, and that number, while hardly dazzling, is a point on a curve defined at the moment by a major second derivative element in topline quarterly y/y rev growth increasing at 67%.

At this time, carrying a capital value in the market of $38.9M, SFOR has a decent store ($1.67M) of cash on the books, with total assets a bit over $1.8M, which stands against an appreciable load ($4.67M) of total accumulated debt. The stock has serious mojo at present and rumors are circling about deals with major technology companies. True or false, momentum can paint the nay-sayers into a corner until the deed is done. Mark Kay is a former JPM hot shot and he knows how to play the game. And this company has every reason right to play a strong hand in both its new video blog and its press releases. This is an exciting story and we plan to follow it very closely. For continuing coverage on shares of $SFOR, as well as our other hot stock picks, sign up for our free newsletter today and get our next hot stock pick!