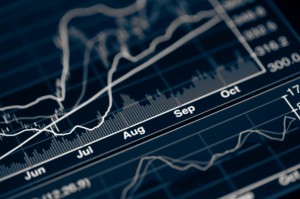 New Colombia Resources Inc (OTCMKTS:NEWC) is a stock that’s been absolutely ripping since the company gave indications that it was a part of the highly speculative and extremely in-favor marijuana herd. Even more to the point, this met coal player also just announced on October 7 that their medical marijuana joint venture, Sannabis SAS, has identified a native cannabis sativa strain from Colombia with a natural high CBD content and no detectable THC. This pure extract has been working well for children with epilepsy and the Company expects similar successful results in the U.S.

We’ve witnessed just under 120% during the past month in terms of shareholder gains in the stock, a rally that has pushed up against longer standing distributive pressure in the stock. Market participants may want to pay attention to this stock. NEWC has a track record that includes a number of dramatic bounces. What’s more, the stock has benefited from a jump in recent trading volume to the tune of nearly 720% over the long run average.

New Colombia Resources, Inc. is focused on the acquisition and development of high-quality metallurgical coal properties and other available resources in the Republic of Colombia. They expect to have several revenue producing businesses including; metallurgical coal mining and rock quarry aggregates for domestic Colombian highway and railroad building projects.

Find out when $NEWC stock reaches critical levels. Subscribe to OracleDispatch.com Right Now by entering your Email in the box below.

The most recent piece of breaking news relevant to shareholders of NEWC stock is the announcement that “the U.S. listed Colombian resource company with premium metallurgical coal and medical marijuana assets, is pleased to announce they will be applying for an orphan drug designation with their collaboration partners, Advanced Imaging Projects, LLC (AiP) for regulatory agency approvals of a cannabinoid pharmaceutical product for multiple medical indications with a focus on treatment of a rare pediatric disease. Once the application is submitted the designation and/or comments are expected within 90 days.  The Company expects to file the application in the next 60 days.”

Before that announcement, the stage was set by the company’s press release covering their medical marijuana joint venture with Sannabis SAS and the identification of a native cannabis sativa strain from Colombia with a natural high CBD content and no detectable THC.

As noted above, this pure extract has been working well for children with epilepsy and the Company expects similar successful results in the U.S.

Medical marijuana products in the U.S. are projected to generate $35 Billion in revenue by 2020. New Colombia Resources and Sannabis are positioned to be a part of this exceptional growth and are making plans to legally export non-THC products to the U.S.; both companies have been gearing up to export products around the world. As a first mover in Colombia’s medical marijuana industry, Sannabis has been supplying children with epilepsy, cancer patients, fibromyalgia patients, and many others with legally produced medical marijuana products in Colombia since 2014 with exceptional results.

Company President John Campo received a letter from the Presidency of Colombia in reference to their “Medical Marijuana Project” requesting assistance from the Ministry of Health on their behalf. New Colombia Resources congratulates President Juan Manuel Santos for winning the 2016 Nobel Peace Prize, which was announced this morning. The Company is committed to bringing cannabis research to Colombia to create high-quality value added products generating industries, jobs, and profits that stay in Colombia. New Colombia Resources has a pipeline of medical marijuana and hemp projects that will be announced soon.

Now commanding a market cap of $2.2M, NEWC has virtually no cash on the books, alongside total assets a bit over $530K, which must be weighed relative to an appreciable load ($315.80k) of total accumulated debt. That’s not a great balance sheet situation. The company has no revenues, but really joined the marijuana space at the right time. While we would also note that recent powerful upside in the price of natural gas has helped light a fire under many coal producers, somehow we doubt it is the coal-based segment that is driving the gains of late. For continuing coverage on shares of $NEWC stock, as well as our other hot stock picks, sign up for our free newsletter today and get our next hot stock pick!