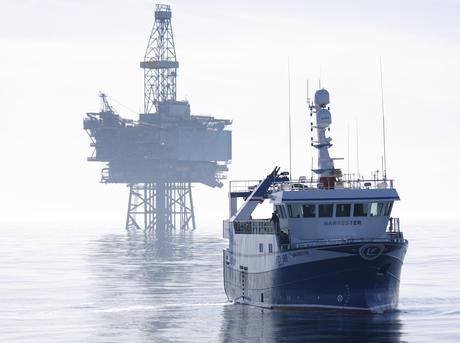 Breitburn Energy Partners LP (OTCMKTS: BBEPQ) the dark clouds may finally be starting to lift for BBEPQ. Breitburn Energy is back in the spotlight, and there’s growing optimism about the fate of the company’s common equity. The company has been in Chapter 11 bankruptcy since May 16, and the widespread fear had been that equity holders would be left with nothing once the company completed its reorganization. But recent talk of an new Equity Committee has lifted spirits.

Breitburn Energy Partners LP (OTCMKTS:BBEPQ) has had a tumultuous few years to say the least. But there’s now talk of an Equity Committee for Breitburn, and that has traders excited. Senior Bankruptcy Counsel at the SEC recently issued a letter supporting the formation of an Equity Committee. For holders of BBEPQ shares, that would be fantastic news. It means that they might see a return on their equity after all and wouldn’t get wiped out by the company’s creditors.

Find out when $BBEPQ reaches critical levels. Subscribe to OracleDispatch.com Right Now by entering your Email in the box below.

The big issue to keep an eye on is the valuation of the company’s oil and gas interests. Overall, the company operates fields in several different producing areas, but some of these areas are significantly more valuable than others. The higher the valuation of those producing areas, the better the chance that equity holders will emerge in better shape than ever thought possible.

The company operates producing and non-producing oil, liquefied natural gas (LNG) and natural gas reserves in 7 different geographic areas around the United States: the Midwest; Arkansas-Louisiana-East Texas; the Permian Basin in Texas; Oklahoma and the Texas Panhandle; the Rockies; Florida and Alabama; and California. Best of all, many of these oil and gas properties have long production histories, with some of the fields dating back to the 1800s. In addition, the company operates a number of midstream assets – including transmission and gathering pipelines, gas processing plants, LNG recovery plants, a saltwater disposal company and the 120-miles Transpetco Pipeline.

BBEPQ has total estimated proved reserves are 240m barrels of oil equivalent (MMBoe). Breitburn owns working interests in 12,414 gross producing wells. Investors are now thinking of the company as being comprised of two different pieces – the producing areas outside of the Delaware and Midland basins and the producing areas that include the Delaware and Midland basins. In the first case, these fields have high operational costs and are not as valuable. In the second case, though, they are highly valuable but only account for 15 percent of the company’s total production.

There’s growing optimism about the ability of the company to emerge from Chapter 11 in good shape, based on a reconfiguration of the company’s assets. The company was a victim of falling oil prices. But with the bankruptcy filing, the company has been working to restructure its balance sheet. There’s little or no concern about liquidity, given the company has $75 million in debtor-in-possession (DIP) financing available. Additionally, management has proven to be very skilled at reducing costs and getting the company back on to a stable footing.

In August, the picture around BBEPQ started to clarify significantly. The company appeared to have plenty of liquidity to fund operations. BBEPQ was significantly reducing operating costs, and with Chapter 11 protection, was able to save significantly on interest costs and capital expenditures. Plus, the company has strong oil hedges in place in case the price of oil heads lower. According to Breitburn Energy Partners’ management, the company can achieve break-even cash flow at an oil price of $45.

Going forward, it’s important to keep an eye on the battle between equity holders and creditors at Breitburn Energy Partners. If the Equity Committee gets formed, that would provide a huge momentum boost for the company.

Remember – back during the peak oil years in the mid-2000s, the company’s stock traded in the mid-30s. But with plunging oil prices, the stock price fell off a cliff from the low-20s in September 2014 and never recovered. Which brings us to today, where shares of the company are trading for just $0.40 – just a tiny fraction of what they traded for just two years ago. However, with increased optimism about the company’s post-bankruptcy future, even that price may turn out to be a huge discount on what the company’s really worth. For more news on $BBEPQ and other fast-moving penny stocks, subscribe to OracleDispatch.com below.