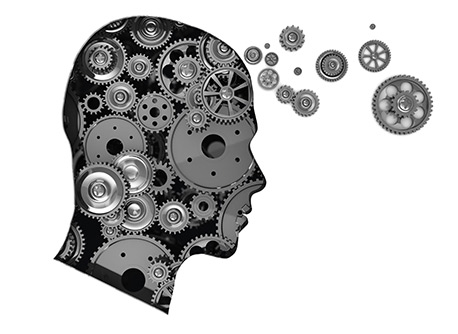 Implant Sciences Corporation (OTCMKTS:IMSCQ) is in the midst of bankruptcy proceedings and this week entered into an asset purchase agreement to sell the explosives trace detection (ETD) assets to  L-3 Communications (LLL) for $117.5 million in cash. News this week also shed a little light on the matter and the possible acquisition of a revolutionary hover-board company.

Implant Sciences Corporation (OTCMKTS:IMSCQ) Board of Directors is exploring opportunities to provide optionality to its shareholders following the successful completion of the ETD asset sale. The economics of the sale will ensure that creditors and shareholders will receive economic benefit. The company may provide alternatives as part of the plan to emerge from voluntary Chapter 11 bankruptcy that would recognize the value of the SEC registered corporate structure.

Implant Sciences currently anticipates having sufficient cash and shareholders’ equity to potentially be up listed to a national securities exchange. Shareholders will be given the opportunity to approve any proposed transaction or plan presented at the shareholder meeting, including the potential acquisition of Zapata Industries, as previously communicated in the July 23, 2016 announcement regarding the Letter of Intent to acquire Zapata.

IMSCQ is known, first and foremost, for its sensors and systems used within the security, safety and defense industries. For example, IMSC develops and markets handheld and desktop explosives trace detection (ETD) and narcotics trace detection (NTD) systems that are used by both government agencies (such as the Transportation Security Administration, or TSA) and private companies to screen baggage, cargo, objects and people.

Implant Sciences Corporation (OTCMKTS:IMSCQ) core product is an ETD system known as the Quantum Sniffer QS-H150 Portable Explosives Detector. In September, Implant Sciences announced that it had reached a deal with the U.S. TSA to deliver 1,353 of these desktop ETD systems. The deal includes a provision to deliver another 2,073 of these systems within the next 12 months.

But what has investors most interested is Implant Sciences Corporation’s planned acquisition of a French company, Zapata Industries, which is a leader in developing and manufacturing hydro- and jet-powered technologies and products. The key product from Zapata Industries is a personal flight system known as the Flyboard Air, which has become a viral Internet hit. On YouTube, a video of the Flyboard Air making its first test flight has already attracted over 6 million views.

Find out when $IMSCQ stock reaches critical levels. Subscribe to OracleDispatch.com Right Now by entering your Email in the box below.

Zapata Industries notes that this Flyboard Air system has plenty of applications for the commercial, defense and homeland security industries – including flying medical stretchers, floating rescue stations, jet bikes, and unmanned heavy payload delivery drones. In August, Implant Sciences held a conference call with investors to discuss how Zapata fits into the strategic vision of the company.

That’s really the key task in front of Implant Sciences Corporation – convincing investors that the Zapata deal is more than just a lot of hot air (literally). Some traders have speculated that IMSCQ now wants to be known as a “hoverboard company.” There are some potential military and homeland security uses for the jet-powered hoverboard, so that has led to further speculation that there might be a strategic fit with Implant Sciences Corporation’s other work with the U.S. government, including the Department of Homeland Security.

But there’s another theory – IMSCQ could be preparing to make a total strategic pivot to improve its overall financial situation. The company is sitting on $80 million in long-term debt, but has just $650,000 in cash. So the company obviously needs more cash to service all this debt. One option might be to sell off the company’s profitable ETD division, and use those proceeds to pay down that long-term debt and then pivot in a new direction.

The company was set to announce earnings on October 13 but canceled that call. Investors will be keeping a close eye on IMSCQ, to see if the company’s management will provide any more clarity on the company’s fortunes going forward (Which apparently now won’t come until December). Also, obviously, they will be waiting to see if IMSCQ can provide additional details on the Zapata Industries acquisition. Until there is additional proof that the company has a detailed strategic plan for Zapata, they will continue to value the company on the basis of its explosives and narcotics trace detection businesses.

That could provide a buy low opportunity, given that the ETD and NTD markets are relatively mature and can only benefit from increased foreign market access. A pivot into the jet hoverboard market, while risky, would open up the company to higher-growth markets and new valuations. Moreover, based on the company’s existing relationships with government agencies and private companies within the transportation space, there could be an opportunity for new expanded partnerships and other potential synergies.

Zapata Industries claims that its Flyboard Air system has applications far beyond the military and homeland security sectors, to include sectors like recreation, medical and entertainment. Indeed, it’s possible to imagine possible entertainment applications for these Flyboard Air systems within “hoverboard parks” or even jet-themed entertainment parks. The “flying medical stretcher” concept could be used for immediate evacuations from hard-to-reach areas, such as regions devastated by war or earthquakes.

Also, keep in mind The letter “Q” added to the end of a stock symbol is generally not a good sign for investors; “Q” means the company is in the midst of bankruptcy proceedings (which they are) and plans are prone to change. If IMSCQ can come out of Bankruptcy and leverage its contacts in the military arena, it could be a company that could completely take investors by surprise. For continuing coverage on shares of $IMSCQ, as well as our other hot stock picks, sign up for our free newsletter today and get our next hot stock pick!