Nintendo Co., Ltd (ADR) (OTCMKTS:NTDOY) What You Need to Know 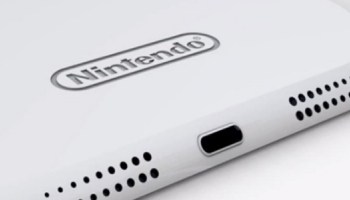 Nintendo Co., Ltd (ADR) (OTCMKTS:NTDOY) provides a key lesson for traders and investors: it’s possible for a content production company to work as an investment. This has run mostly contrary to experience on Wall Street when it comes to video games and movies as a rule. Shares of NTDOY stock represent one of the very few positive cases in this genre. That will be put to the test into year end as expectations build for the Company’s newest offering — the NX Gaming Console which has a vague March 2017 release date.

Recently, we have seen continued strong action on the back of momentum launched by the company’s advances on the mobile front. In all, shares of NTDOY stock have enjoyed continued strong performance this year, with total gains of roughly 100% so far in 2016. In addition, the company has benefited from a jump in recent trading volume to the tune of about 50% above the average volume levels in play in this stock over the past 12-18 months.

It provides video game platforms, playing cards, Karuta, and other products; and handheld and home console hardware and related software.

Find out when $NTDOY reaches critical levels. Subscribe to OracleDispatch.com Right Now by entering your Email in the box below.

Obviously, you can’t talk about this story without making primary mention of Pokemon GO. The big catalyst for this stock was this release over the summer. The new mobile gaming app immediately became a worldwide phenomenon and contributed to strong action in the stock market for all related pieces of the puzzle. According to some mobile gaming analysts, Pokemon GO has been downloaded well over 500 million times.

Pokémon Go is still showing strong momentum after almost three months of release. As per research firm Newzoo, the game still earns $2.1 million per day though considerably down from $16 million earned a day during the peak.

The game boasts more than half a billion downloads, as noted above, and is yet to release in some major markets like China and South Korea.

Pokémon Go was developed by Niantic in association with The Pokémon Company, owned by Nintendo. Niantic has benefited hugely from the success of Pokémon Go, which has netted over $470 million in revenues so far.

However, Nintendo had earlier noted that the success of Pokémon Go will have a “limited impact” on its financials as it “does not make the game.” Though the success of the game doesn’t directly benefit Nintendo’s financials, we believe that it has strengthened the Japanese video game publisher’s position in the lucrative mobile games space, which should help it to sustain the momentum going ahead.

The next major catalyst will be the release of the Nintendo NX game system. Some analysts suggest the NX may be priced at $300-$350. That means it will be competitively matched against existing consoles and mid-level smartphones, and will likely hit the market in early 2017.

Currently trading at a market capitalization of $36.3 bln, NTDOY has a significant war chest ($7.79B) of cash on the books, which compares with almost no total accumulated debt. So, the balance sheet is in spectacular shape, and money is pouring in. But the market is a forward-looking system, and all it will care about very soon is “What have you done for me lately!” That question will solely be answered by the NX game system in terms of market intel as we approach year end. For continuing coverage on $NTDOY and our other hot stock picks, sign up for our free newsletter today and get our next hot stock pick!