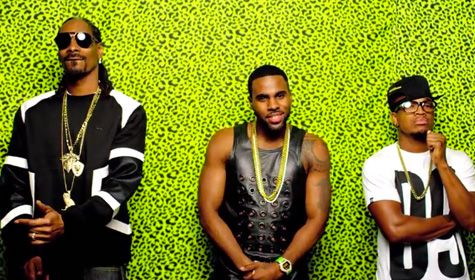 XPeng Inc. (XPEV) shares are trading at lower $19.02 and the avg recommendation for the stock is Strong Buy, while the current analyst price...
Read more
Sector News

Eastman Kodak Company (KODK) shares are trading at lower $7.21. To add more color to this target, the company’s high over the last year...
Read more

CANOPY GROWTH CORP COM NPV (OTCMKTS:TWMJF) has been ripping higher helped along by recent news that its subsidiary, Tweed Inc., recently announced it was launching a suite of products in partnership with legendary rapper-turned-businessman Snoop Dogg. It’s unquestionably one of the most promising plays in the cannabis patch in North America.

That said, this is a murky picture at best and we suggest you be very careful with it given the massive rise of late. Canopy has embraced an un-audited, dark reporting standard and has released little insight into its operations so far in 2016. That is not the type of thing we like to see under any circumstances, particularly when paired with a massive move already on the chart. Furthermore, trying to generate share value by rumors of deals with big name celebrities isn’t the meat and potatoes path to success that often signals the work of the most successful companies. What they have going for them, in terms of actual potential success at business, is about Canadian marijuana laws, which we will look at below, including Prime Minister Trudeau’s legalization promise for a recreational Canadian paradigm.

Find out when $TWMJF reaches critical levels. Subscribe to OracleDispatch.com Right Now by entering your Email in the box below.

Tweed Inc. recently announced it was launching a suite of products in partnership with legendary rapper-turned-businessman Snoop Dogg. The firm is set to roll out three strains of weed by the end of the month, and anticipation is building — and driving the stock up with it. Shares traded as high as c$5.85 on Thursday after news that the Leafs by Snoops product would become available in Canada.

This is the latest move in a rise that has powered things higher by over 200% over the past year as fervor and excitement build for the marijuana space in general.

One key wildcard for the company is whether or not Canada will be able to move to legalize marijuana on a recreational basis before too long. Canada has an established national medical marijuana program within Health Canada that is well respected by many other countries and looked up to as a model to follow.

That program has reportedly progressed very smoothly. However, they are still making legislative and administrative adjustments and improvements as the program matures, and as they determine what is and is not going according to plan.

The next question is about how to legalize recreational marijuana within Canada.

According to a recent Forbes article, “A task force was established and has been given the job to figure out how to deliver Prime Minister Trudeau’s legalization promise. The expectation is that recreational marijuana will happen sometime in 2017. Susan Boyd, a professor at the University of Victoria and a member of the task force. “The big question is what’s next,” she said. “Certain myths are quite enduring, They become moral issues and so it doesn’t matter about the evidence or our research conclusions.” She noted the task force is still studying the issues. “We’re still doing the round table discussions and so we’re still just hearing from people,” she said. “We’re still a bit in the infancy.””

As noted above, the company needs more than Snoop’s endorsement to get it stock price up, it needs “real or potential future earnings and revenue growth,” a Fool Canada article explicated. “Canopy Growth is the leading marijuana producer in this country. It’s serious about its business and has the wherewithal to bring partnerships like the one with Snoop Dogg to fruition.”

This is an exciting stock for many traders, but not for the faint of heart. Now commanding a market cap of $456.6M, TWMJF has a significant war chest ($14.77M) of cash on the books, in a pool of total assets above $23M, which is balanced by a manageable load ($3.12M) of total accumulated debt. That’s a strong balance sheet, but one that emerges with little scrutiny, as noted above. Investors have no guarantees about the accuracy of those reports. That said, there are some exciting elements to this story, to be sure, and we will continue to track it very closely. For continuing coverage on shares of $TWMJF stock, as well as our other hot stock picks, sign up for our free newsletter today and get our next hot stock pick!

Ideanomics Inc. (IDEX) shares are trading at lower $0.84. To add more color to this target, the company’s high over the last year is...
Read more
Sector News

Mobile TeleSystems Public Joint Stock Company (MBT) shares are trading at lower $7.85 and the avg recommendation for the stock is Moderate Buy, while...
Read more
Opinion

DouYu International Holdings Limited (DOYU) shares are trading at lower $14.29 and the avg recommendation for the stock is Moderate Buy, while the current...
Read more
Investing

The PNC Financial Services Group Inc. (PNC) shares are trading at lower $108.72 and the avg recommendation for the stock is Moderate Buy, while...
Read more
Wall Street Daily

iBio Inc. (AMEX:IBIO) on the Path to Ruin

iBio Inc. (IBIO) shares are trading at lower $1.84 and the avg recommendation for the stock is Moderate Buy, while the current analyst price...
Read more
ORACLEDISPATCH