Lilis Energy Inc (OTCMKTS:LLEX) has been powering in an uptrend on the strength of the several recent key headlines, including a recent acquisition and newly expanded credit resources. In addition, this company has been putting up some nice numbers: LLEX is making real money, with trailing revs already coming in at $1.07M, and starting to see major topline growth, with quarterly y/y revs increasing at 460%.

Recent action has reflected that trend toward financial success, with 28% tacked on to share pricing for the name in the past month. Market participants may want to pay attention to this stock. Shares of LLEX stock have a track record that includes a number of dramatic bounces. Moreover, the stock has seen interest climb, with an increase in its recent trading volume of over 260% above the average volume levels in play in this stock over the longer term. Traders should note this as important given how few shares of LLEX stock are knocking around in the market on the open float – fewer than 5.9M.

Lilis Energy Inc (OTCMKTS:LLEX) trumpets itself as an independent oil and gas company that acquires, drills for, and produces oil and natural gas properties and prospects in the United States. As of December 31, 2015, the company held interests in approximately 16,000 net leasehold acres in the Denver-Julesburg basin. It also had estimated proved reserves of 33,430 barrels of oil; and 141,450 thousand cubic feet of natural gas.

Moreover, LLEX is a Denver-based independent oil and gas exploration and production company that operates in the Permian’s Delaware Basin and in the Denver-Julesburg Basin, considered amongst the leading resource plays in North America. Lilis’s total Permian Basin acreage is 10,870 gross acres / 4,433 net acres, 92% HBP, and total net acreage in the DJ is approximately 7,200 acres. Lilis Energy’s near-term E&P focus is to grow current reserves and production, and pursue strategic acquisitions in its core areas.

Find out when $LLEX reaches critical levels. Subscribe to OracleDispatch.com Right Now by entering your Email in the box below.

As both Crude Oil and Nat Gas power higher in recent upward trends, it’s no surprise to see the market take a liking to a stock like this. It has a tiny float and some recent numbers that suggest the company is really finding its footing. For a small shale player, with crude oil just at $50/bbl, that’s somewhat impressive. It’s also rather impressive to have maintained such a low debt load over the past 2 years.

One should take strong note of two recent events in understanding this story.

First off, as noted above, the company just announced its entry into a debt facility with institutional and qualified purchasers whereby it may borrow up to $50 million.

The debt facility provides for a three-year term loan that bears interest at a fixed rate of 6.0% subject to certain conditions. The lenders under the debt facility have initially committed to funding $31 million, of which $25 million has been received by the company. The additional remaining availability of $19 million may be funded at future dates upon approval of the existing lenders. Contemporaneous with the closing, the Company completed the pay-off of its wholly-owned subsidiary, Brushy Resources, Inc.’s senior lender in full of approximately $5.4 million.

“This is the next step in building value for our shareholders. This financing provides Lilis with the ability to accelerate our previously announced development program in the Delaware Basin, and further, enables us to execute on our targeted business strategy of continued acquisition and leasing in the region,” announced Avi Mirman, CEO.

Second, just last week, the company reported that it has acquired certain oil and gas properties located in Winkler County, Texas, for a purchase price of $3 million . The Company purchased the Properties through a sale process under Section 363 of the Bankruptcy Code. The Properties represent a 12% increase in its net Delaware Basin leasehold. The Company’s net acreage in the Delaware Basin is now approximately 4,433 net acres, which represents a 28% increase since June 2016.

Currently trading at a market capitalization of $63.5M, LLEX has a significant war chest ($6.49M) of cash on the books, with total assets of nearly $39M, which stands against a manageable load ($7.73M) of total accumulated debt. To harken back to a point we made at the outset, volume is sharply picking up in LLEX trading on a daily basis of late, leading to an overall increase in avg trading volume for shares of LLEX stock. We also previously pointed out the tiny float here (just 5.9 mln shares). One is wise to respect the dynamic this may create — ramping trading activity can overwhelm available supply in a stock with this type of small float, leading to an upward burst in prices. For continuing coverage on $LLEX and our other hot stock picks, sign up for our free newsletter now and get our next hot stock pick! 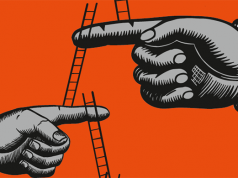 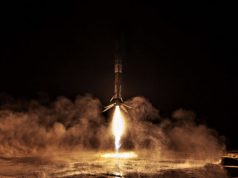