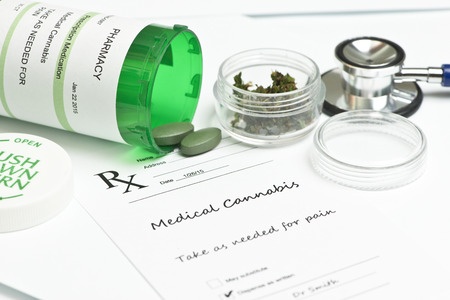 NOVUS ACQ & DEV CO COM USD0.001 (OTCMKTS:NDEV) is a micro-cap name that has grabbed hold of the attention of traders during the stock’s sharp ascent. The move comes in the wake of news that the company, which trumpets itself as “nation’s first healthcare insurance carrier in the medical cannabis field”, has completed its coverage footprint for California, no doubt its largest and most important market.

Recent action has seen a bit less than 360% added to share values of the listing over the past month of action. This is emblematic of the stock. Shares of NDEV stock have evidenced sudden upward volatility on many prior occasions. In addition, the name has witnessed a pop in interest, as transaction volume levels have recently pushed a bit over 330% above the average volume levels in play in this stock over the longer term. This is particularly important with a float in play that’s tight — under 14M shares. It’s something the veterans know to key on: ramping trading activity can overwhelm available supply in a stock with this type of small float, leading to an upward burst in prices, just as we have been seeing of late.

NOVUS ACQ & DEV CO COM USD0.001 (OTCMKTS:NDEV) bills itself as a provider of medical plans and related programs for hemp and cannabis patients in the United States.

Find out when $NDEV reaches critical levels. Subscribe to OracleDispatch.com Right Now by entering your Email in the box below.

As noted in company materials, “Novus Acquisition & Development Corp. (NDEV), through its subsidiary Novus Medical Group, Inc. and WCIG Insurance, provides health insurance and related insurance solutions within the wellness and medical marijuana industries in states where legal programs exist. Novus has positioned itself to gain market share within many lines of insurance business within and outside of the MMJ sector.”

As discussed above, the company just announced that it has completed its health coverage footprint for medical marijuana in California.

The company’s MMJ health plan now covers approximately 110 cities across the state with its relationships with 20 dispensaries. Frank Labrozzi, Novus’ Chairman and Chief Executive Officer, stated, “This milestone of our Provider Network in 100+ cities in California is significant representation of how we built our health insurance infrastructure. The Golden State represents 50% of the cannabis market with close to 1,000,000 registered patients averaging over $300 per month per cannabis transaction. Achieving this significant task puts Novus in a position of no longer turning down any patients for not having a Provider to service their geo-region.”

With Proposition 64 on the ballot this November, all signs are pointing to a 60% approval by California voters. With a GDP of $2.5 trillion per annum, California has the economy that ranks eighth in the world, with marijuana being one of the biggest businesses. An approval would have a tremendously positive impact on Novus, as Proposition 64 imposes an excise tax on retail sales of recreational marijuana at 15% of sales price, and state cultivation taxes on marijuana of $9.25 per ounce of flowers and $2.75 per ounce of leaves resulting in a total retail sales tax of over 20%.

However, medical marijuana patients will receive an exemption on the taxation leaving Novus patient/members savings of 45% -50% on their monthly med purchases, based on $300 per month, with a minimum annual saving of $1,620 per patient. Drawing consumers ever so closely to medical benefit packages that Novus possess.

Near term expectations are high for NDEV. Currently trading at a market capitalization of $16.4M, Novus has a decent store ($107.14k) of cash on the books, along with total assets of $91K, which must be weighed relative to a manageable load ($180.00k) of total accumulated debt. Proposition 64 in California is a milestone for the marijuana marketplace, as we have been contending, not just legislatively but culturally. The legitimization of the industry will bring into place factors such as taxation levels that point in favor of players like NDEV. For continuing coverage on $NDEV and our other hot stock picks, sign up for our free newsletter today and get our next hot stock pick!