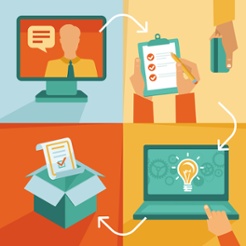 Pernix Therapeutics Holdings Inc (NASDAQ:PTX) stock has been getting hammered in recent action, dropping about 50% from its stable price average prevailing in August. The big news to accompany its recent acceleration lower is the 10-for-1 reverse stock split effected last week and announced in the company’s 8-k dated October 13, 2016.

As you know, we generally frown on this philosophy of cap table management because it is so often exclusively a tool of shareholder dilution, and has such a purely cosmetic impact on the action in the stock. However, as we will discuss below, one might want to consider a different element in analysis of shares of PTX stock.

Its products also include CEDAX, an oral cephalosporin used for the treatment of mild to moderate acute bacterial exacerbations of chronic bronchitis, middle ear infection due to haemophilus influenza, or streptococcus pyogene; Zutripro and Rezira for the relief of cough and nasal congestion; Vituz, a hydrocodone bitartrate and chlorpheniramine maleate combination oral solution for the treatment of cough and allergies associated with the common cold; and OMECLAMOX-PAK, a gastroenterology product.

The company sells its products through its sales force and third-party sales organizations, as well as through its subsidiaries. It serves drug wholesalers, retail drug stores, mass merchandisers, and grocery store pharmacies in the United States. Pernix Therapeutics Holdings, Inc. was founded in 1996 and is headquartered in Morristown, New Jersey.

Find out when $PTX reaches critical levels. Subscribe to OracleDispatch.com Right Now by entering your Email in the box below.

The purpose of the reverse stock split was clear: to raise the per share trading price of the Company’s common stock to regain compliance with the minimum $1.00 continued listing requirement for the listing of its common stock on The NASDAQ Global Market.

This was clearly about listing on the Nasdaq, and to that extent, should not suggest this is like many OTC stocks we cover that are into their 6th or 7th reverse split after piling up another mountain of convertible debt obligations for discounted conversion.

In the PTX case, we would note that the company recently appointed John Sedor as Chairman of the Board and Chief Executive Officer. We would also note that Mr. Sedor has been involved in a number of acquisitions as the selling party in the biotech space over the years. He has somewhat of a specialty in that department. Take a look at Cangene, or CPEX, or Bentley. They were all situations somewhat reminiscent of PTX.

One cautionary note that provides a bit of an obstacle here is the high level of debt on the PTX balance sheet at present. But Mr. Sedor may have a plan to streamline things and get to an asset situation that works.

In addition, the company announced a Majority Voting Standard, which has been made effective immediately and applies to all future uncontested elections, and requires each director nominee to receive a majority of the votes cast to be elected to the Board of Directors.

Some interesting announcements may be on the way. At this time, carrying a capital value in the market of $40.8M, PTX has a significant war chest ($29.21M) of cash on the books, along with total assets greater than $400M, which must be weighed relative to a mountain ($303.87M) of total accumulated debt. This is a troubling situation to be sure. But we would watch this one as an opportunity going forward after bag holders have been well rinsed out of the stock in the wake of the reverse split. For continuing coverage on $PTX stock, as well as our other hot stock picks, sign up for our free newsletter now and get our next hot stock pick!